Over the years I’ve found perfume created as part of a grander artistic exhibition to be really good. One big reason is it isn’t constrained by commercial considerations. It is designed with an artistic intent. Last year photographer Roberto Greco asked for a perfume to be made to go along with his exhibition. Oeilleres was one of my favorite perfumes last year because it was meant to be a part of the overall sensory experience. M. Greco has returned with a new exhibition featuring a new perfume, Roberto Greco Porter sa Peau. 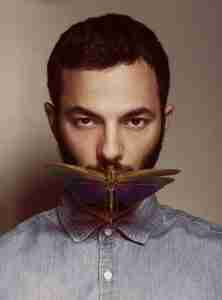 Porter sa Peau translates to “wearing one’s skin”. The photographs in the exhibit depict his life in four parts. Each piece is seen through a distorted lens as he looks to find his own reflection. He asked perfumer Rodrigo Flores-Roux to work with him on a perfume to accompany this. 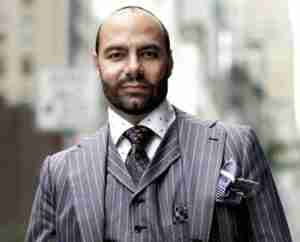 Just like last year they chose a floral which is not widely appreciated by perfume lovers, narcissus. I enjoy narcissus even though I acknowledge the reason others might be put off by it. The two creatives decided to make a perfume which was a wet salty experience.

Before the narcissus appears Sr. Flores-Roux fires off a fusillade of aldehydes. It has the effect of creating a vintage vibe which runs throughout. After those aldehydes die down the narcissus is revealed. It has a sharp green aspect within an earthy indolic floral. It is usually around in judicious amounts, not here. It is given the star treatment. Sr. Flores-Roux chooses to enhance that indolic core by layering in a set of skin musks. This gives an accord of slightly dirty sweaty skin. It verges on smelling like a body after vigorous copulation. There was always a moment while wearing this where I felt someone I encountered was going to give me a look over their mask. Or maybe a knowing wink. The sense of earthiness is deepened through patchouli in the base.

This is indelibly a perfume which is meant to be seen as part of an artistic whole. It doesn’t mean I don’t enjoy it by itself. There is a pleasure in smelling like expended pleasure.