In yesterday’s column I reacquainted myself with the Ramon Monegal perfume collection. I found that over ten years ago I probably didn’t give it a fair shake. Trying things again has changed my initial thoughts. Now that I have the brand back in my consciousness it is time to look at some of the more recent releases. In Ramon Monegal Flamenco and Ramon Monegal Faisa I find an evolution of the brand. 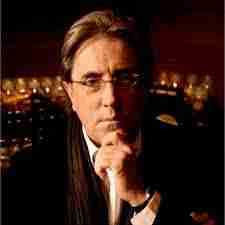 Ramon Monegal is based in Barcelona which makes it natural for him to tap into some of his indigenous influences. I became aware of the dance of Spain, flamenco through a friend of my mother’s. She was the choreographer and star of a show featuring the dance at a local Spanish restaurant. Sometimes we would stop to pick her up as she was finishing her session with her dancers. One of the things that made an impression was the aggressive foot stomping which is part of what makes flamenco what it is. It is a series of rapid staccato motions which flow. Which is what the perfume named after it reminded me of.

It begins with a blast of tart apple over slightly leathery saffron. This is the sound of the castanets before the dance is begun. Once released a deeply opulent rose and orange blossom provide the romance. A base of amber, musk, and sandalwood provide the stamp of the foot. The entire development moves through staccato phases which flow just like the dance.

When I tried Cuirelle way back when I found it to be an oddly composed gourmand. Sr. Monegal intentionally designs a gourmand in Faisa.

As in Flamenco it opens on a top accord with saffron. This time he spices it up with anise and cinnamon. Both amplify the leathery quality of saffron. Then Sr. Monegal adds just the right amount of oud to create an even deeper leather accord. This comes off as a subtle sleight of hand. There is an intermezzo of jasmine and rose lilting through the leather. This all gives way to an ooey gooey caramel accord. It coats the leather in sweetness. Throughout the latter stages it as if the leather is trying to extricate itself from the sticky matrix. That give and take is what makes Faisa so enjoyable.

Looking at these two perfumes I see a brand and a perfumer who have taken giant leaps since I first tried them. I may have stopped thinking about them a long time ago. I’ve learned not to repeat that error.

Disclosure: This review is based on samples supplied by Ramon Monegal.