One of the great things about independent perfumers is they can design their perfumes to satisfy their vision. A few years ago, I met west coast-based perfumer Sherri Sebastian at an Elements Showcase in New York City. On that day, she introduced me to her new line of perfume. There was one which just grabbed me; Purusa Root. It was a vetiver based perfume in which ginger played a prominent role. I eagerly awaited more from Ms. Sebastian.

It took nearly five years for that to arrive funnily enough at another trade show in New York City, Tranoi Parfum. I had been used to seeing Ms. Sebastian and her informing me something was coming; I expected more of the same. Instead she ushered me to a pedestal with her new brand and three new releases. The new brand is called Provision and it is a full-service beauty line covering body as well as fragrance. Ms. Sebastian was inspired by her current hometown of Los Angeles when designing the line. The three fragrances are all quite nice. Resonance is a warm resinous perfumed hug. A lovely comfort scent. Las Flores is an expansive mix of orange blossom and amber reminiscent of the blue sky over the Hollywood Hills. The one which intrigued me most was Maitri. 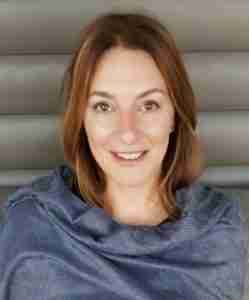 Maitri is an evolution of Root as it is again centered on a core of vetiver and ginger. In Root Ms. Sebastian took that combination deep in to the soil. Maitri goes the other direction as it climbs the tree above the ground as Ms. Sebastian adds both bark and bite to Maitri.

Maitri opens with a sparkly bergamot to provide a nod to the never-ending sunny days of LA. Then the vetiver Ms. Sebastian has sourced is a spectacular transparent version. Vetiver can sometimes wear very heavily. This version does not; it comes off equal parts green and woody. The ginger picks up on the former becoming an energetic dancing partner. This same duet is what made Root so memorable for me and it does so in Maitri, too. Where Maitri differs is in Ms. Sebastian’s use of oakmoss to provide some bite to the woody aspect of vetiver. The final piece of Maitri is what Ms. Sebastian describes as a “Mandarin musk accord” which appears as an opaque botanical musk.

Maitri has 8-10 hour longevity and below average sillage.

Ms. Sebastian has been one of the independent perfumers who has always been able to communicate a clear vision for her fragrances followed by execution. It is not as easy to do as it was for me to write. If you are looking for a great vetiver for the summer Provision Maitri is one to try.

Disclosure: This review is based on a sample provided by Provision.