Bertrand Duchaufour is one of the most prolific perfumers of the past ten years. That he is also among our best perfumes while being this productive is also something to admire. It is now getting to the point where it becomes difficult not to see pieces, or accords, of previous compositions within new ones. That could be seen as a flaw, but I don’t think it is as easy as picking one from Column A then B then C, et voila! I choose to see it more as a concept we use in drug discovery known as repurposing. When there is a new drug which works via a new biological mechanism there is an effort to see if there are older drugs which might combine with it to make it work better.  M. Duchaufour is responsible for two of the three debut fragrances for a new line called Pont Des Arts. I received a sample of A Ce Soir in a subscription box. As I tried it out it was hard not to think that M. Duchaufour was repurposing some of his best accords to create a new effect. 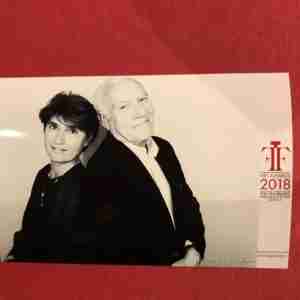 Based on the website husband and wife, Bernard and Geraldine Siouffi, are designing fragrances meant to be Parisian in style. Which is why the brand is named after the famous bridge which until recently was covered in locks which represented lovers’ commitment to each other. They also want perfume to be a bridge of the senses as the Pont des Arts is the only dedicated pedestrian bridge over the Seine. They only used French perfumers for their debut collection which made M. Duchaufour almost a shoo-in to be asked. 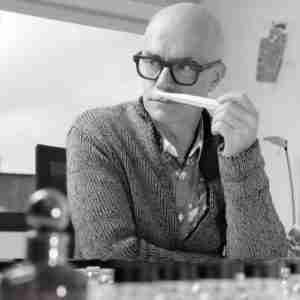 I found it interesting that in the accompanying brochure in the subscription box that the writer describing A Ce Soir also found echoes of previous releases by M. Duchaufour calling out L’Artisan Havana Vanille and Penhaligon’s Ostara. Which makes it interesting to bring back pieces of those now-discontinued perfumes. There are similarities, but I found a stronger through line as I wore it which knitted this together more seamlessly than a collection of pieces.

A Ce Soir opens with a lens flare of lemon and mandarin. Then a slowly intensifying thread of green begins with bamboo providing the first hues. One of the things M. Dcuhaufour has become very good at is a boozy top accord. Here the rum slowly decants itself over the citrus. Cinnamon provides warmth to the alcoholic nature. The green is notched up another level via blackcurrant bud. This leads to a fantastically narcotic floral heart accord centered on narcissus. Narcissus is made more sensual by swirling in ylang-ylang. M. Duchaufour has made these kinds of carnal floral accords in the past; this is another one. Then like sharing a dessert after the carnality the base accord is all comfort as rich vanilla is used surrounded by benzoin and amber. Vetiver completes the green thread as it anchors the entire effect.

A Ce Soir has 12-14 hour longevity and average sillage.

I think you can focus on what A Ce Soir reminds you of from M. Duchaufour’s past. I think that does this a great disservice as M. Duchaufour has blended his past into something entirely new, well worth enjoying on its own terms.

Disclosure: This review was based on a sample received in a subscription box.