Every time I write about a modern chypre I usually make a mention of what has been lost through the restriction of use of oakmoss. What I concurrently admire is the ingenuity of this generation of perfumers to create their way around it. In the end they are building an accord which is a simulation of what the forbidden material smells like. An abstraction of sorts trending towards reality. Independent perfumer Pierre Guillaume has gone the other direction for Pierre Guillaume 30 Alphaora. 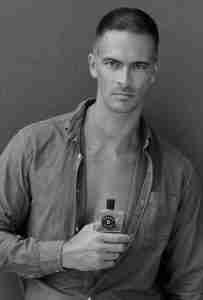 His idea is to work on a “Glam’moss” a fantasy moss which has never existed. He intends this to be an ongoing theme which is what the portmanteau name implies. Alpha representing first. “Ora” comes from the back half of “aurora” as in Aurora Borealis. What if moss was caught in the undulating waves of light of the Aurora? M. Guillaume’s answer is Alphaora.

When I read this I was thinking of the cold climate where the Aurora is mostly observed. M. Guillaume seems to have been inspired by the lights themselves. This is a very expansive transparent style of perfume. It has an ephemeralness to it which matches its description.

It opens with the tart citrus of blood orange. It is not as genial a citrus ingredient as regular orange or mandarin. This one pushes back. I usually describe citrus as sunny this feels more like the antithesis of that. Not quite starlight or a full moon but a different kind of illumination. The flower he chooses to match to that is what is called “albizia blossom”. Albiizia is more commonly called the Persian silk tree but it is a member of the acacia family which is most represented in perfume by mimosa. What happens here is he uses Hedione to expand it into its own flowing band of scent along with the same of the blood orange. To finish his version of a fragrant Aurora he adds in a woody ribbon of hinoki. This is again given a lighter treatment. Now comes the moss as he uses Assam moss as his foundation for the completed waves of scent to wash over.

As often as I bemoan the current trend of transparency Aphaora is one of those instances where it works. M. Guillaume succeeds by creating a fantasy abstraction of moss to be searched for by those looking for something different.