In the early part of 2013 I was introduced to a perfume and perfumer who exemplify independent perfumery. I was regularly reading a Facebook group of Pacific Northwest indie perfumers. One day I was reading about the perfumes of David Falsberg for his Phoenecia Perfumes brand. I was fascinated with one called Skin Graft. I ordered a bottle which showed me the boundaries of what perfume can realize. It remains one of the most creative perfumes I own six years later. Mr. Falsberg has continued to make perfume on his own schedule. There is no one I am more excited to receive an e-mail from letting me know something new is coming. He has always given me something new to consider. It has happened again with Phoenecia Perfumes Dark Musk. 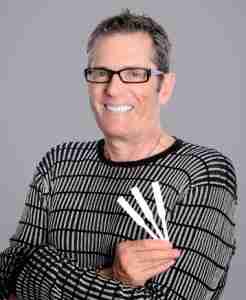 One of the interests of Mr. Falsburg has been to find the shadows within the darkest ingredients. He released a version of genuine oud called Real Oud. It was one of the only real ouds available plus he paired it with authentic clay pot Hindi oud. It is a treat for those who love the darkness, Mr. Falsberg has just brought back Real Oud. At the same time he also released Real Oud-M wherein he creates a synthetic musk accord that is ingenious in the way it retains the bite of real musk. Both perfumes find pockets of shadow within the dark foundation. That experience comes together in Dark Musk.

As he did in Real Oud-M he constructs a musk accord as the nucleus of Dark Musk. It is composed of mainly birch tar and labdanum. It forms a country blacktop tarry accord on its own. Mr. Falberg must add in the correct amounts of other ingredients to get to this final accord. Those are a pinch of spikenard, a handful of cumin, and the decadent decay of costus. As they come together the tar turns to musk. It is the kind of transformation I have regularly experienced from Mr. Falsberg’s creations. It is nice to remember how good he is at it. Over a few minutes, sandalwood comes to lift up this musk accord. The woods help give something familiar to latch onto if the musk threatens to subsume you.

Dark Musk has 24-hour longevity and moderate sillage because it is a 100% mixture of essential oils.

When I wrote my review of Skin Graft, back in 2013, I used the second verse of the Neil Young song “Hey, Hey, My My” as my intro. Now it seems appropriate to use another few lines from later in the song to describe Dark Musk, “hey, hey, my, my/ rock and roll can never die/ there’s more to the picture than meets the eye/ hey, hey, my, my”. If you are looking for the frontier of independent perfumery Dark Musk is there.

Disclosure: This review is based on a sample provided by Phoenecia Perfume.