Outside of the stalwarts there are ingredients which seem to have their moment for a few years. I’ve never understood if it was consumer preference or a new source of the ingredient which causes this. Probably some of both. The yellow puffball flower mimosa has been having its moment recently. Perris Monte Carlo Mimosa Tanneron adds to it.

This is the fourth entry in the Les Parfums de Grasse collection. All of them have been composed by perfumer Jean-Claude Ellena under the creative direction of Gian-Luca Perris. The three previous releases focused on the three famous florals to be found in Grasse. To feature mimosa they must go about 16km southwest to the Massif du Tanneron. It has been described as something magical to see the mountainside covered in the yellow flowers in spring. The previous entries in this series have been based on M. Ellena’s memories as youth in the fields of Grasse. It is not so hard to believe he also spent more than his share of spring days running on the Massif. All the perfumes have been soliflores and this does not break the progression. This shows off the titular note with a couple smartly chosen ingredients meant to display its versatility. 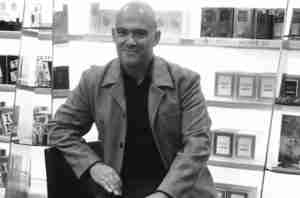 Mimosa has a sunny powdery disposition. It is the latter M. Ellena displays first. One’s tolerance for this in perfume will be tested because there is a high concentration of mimosa to start. It is as of the trees of flowers are raining down their scent upon you. To ameliorate this hawthorn adds its honeyed growl to shift the perception. Now the sunny golden heart of mimosa is captured in the slightly sweet slightly animalic hawthorn. The final piece is a set of white musks to capture the cool wind rushing down the Massif from on high. It gives an airiness to the overall composition.

For this moment mimosa is having M. Ellena finds the hills alive with it. That vitality is what makes this stand apart.