In the US, it is graduation season as every weekend sees a new group of young people in caps and gowns trailing proud family members behind them. Graduation signifies a change in circumstance as high school, or college, ends and the next part of each graduate’s life begins. For a perfumer at one of the established oil houses as they work their way up they eventually “graduate” to their first brief for a perfume. When I was working at CaFleureBon, Editor-in-Chief Michelyn Camen; introduced me, in 2010, to one of these young perfumers at the beginning of his career; Alexander Lee. Ms. Camen’s interview shows what the early days of an aspiring perfumer are like. Three years later Mr. Lee entered the contest to have his fragrance chosen as the 5th Anniversary perfume of Esxence; the Milan-based perfume exposition. That perfume was called Etoilegance. In it Mr. Lee took advantage of a new raw material called Bushman’s Candle. I reviewed it for CaFleureBon and I closed the review with this quote, “this feels like the work of a perfume star in the making.” His career as a perfumer has now reached the stage where he is releasing perfumes to the public he has composed. His first three were European releases for Ungaro. I was hoping something I could get in the US would be forthcoming and now it is. 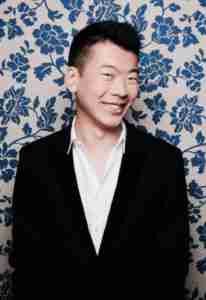 Penhaligon’s has a collection called Trade Routes where they capture one of the original ports of call on the sailing ship trading journeys. For the latest two releases; Paithani and Agarbathi, India is the destination. This was the concept given to Mr. Lee to turn into perfume. Agarbathi is a trip to a Hindu temple where the smell of incense intertwines with jasmine and sandalwood. It is nicely done but it was Paithani which grabbed me. Paithani was inspired by masala chai the spicy tea and milk drink. Mr. Lee does create a chai fragrance but what impressed me was his ability to capture the accord so well before heading into a leather base accord. 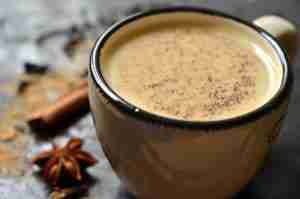 Mr. Lee starts with a blend of three spices; cardamom, nutmeg, and black pepper. The latter is one of Mane’s Jungle Essence extracts which are exquisite materials to work with. What that brings to the top accord is a pure spiciness which frames the cardamom and nutmeg in a feistier setting. It is that nose-tickling smell of entering a spice market and taking your first breath. For the chai tea accord in the base Mr. Lee fashions a creamy milk accord and instead of using black tea, as in real chai, he chooses to use the green tea mate. Mate can be problematic as a raw material as it sometimes carries an unfortunate bite. In Paithani Mr. Lee balances it with the milk accord so those obstreperous aspects are removed. Every perfumer creates their own leather accords; for the base Mr. Lee’s is that of a piece of well-worn leather luggage. It has a subdued influence which allows amber and cedar to complete the base accord.

As I wore Paithani I imagined Mr. Lee wearing a cap and gown as I could experience his style of perfume composition for the first time on a commercial release. Throughout the days I wore it I also felt like my assessment of him as a perfumer to keep an eye on was also confirmed. Mr. Lee joins my coterie of Young Guns in whom I believe comprise the next generation of perfumery. Go try Paithani, and Agarbathi, and introduce yourself to his fragrances. I think you’ll join me in looking to see what comes next after Graduation Day.

Disclosure: This review was based on a sample provided by Penhaligon’s.