Independent perfumer Pierre Guillaume has been doing an interesting thing within his collection; he has been going back and re-doing his older Parfumerie Generale perfumes. This is not re-formulation this is looking at them again and using them as inspiration for new fragrances. It unfortunately sets up an unintentional competition in my mind. I have owned the original version of everything M. Guillaume has redone. After I’m done I end up debating on whether it is better or worse than the original. The tenth release under this Parfumerie Generale Rework collection, 19.1 Neroli ad Astra, has shown there is a different way for me to experience the two different versions.

The original 19 Louanges Profanes was released in 2008. In it M. Guillaume layered a fabulously rich neroli over incense and benzoin. It is one of my favorite shoulder season florals, ideal for cool mornings and warm afternoons. The neroli was from Tunisia and carries a spicy facet that complemented the resins it will float upon. One of the best features of the Rework collection is it gives M. Guillaume the opportunity to re-imagine a perfume using a different source of the keynote. For 19.1 Neroli ad Astra he changes to the Moroccan neroli. 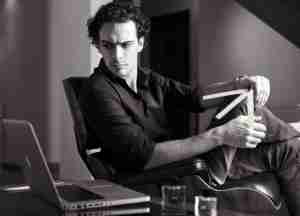 The neroli from Morocco is more luminous it carries a delicacy to it which the Tunisian version does not. Something else the Moroccan version lacks is a significant green thread which runs through my favorite neroli sources. The version in 19.1 Neroli ad Astra is all flower no stem. It seems M. Guillaume realized that as well and so uses a couple of other ingredients to provide some of the missing verdancy.

Before we get to the neroli in 19.1 Neroli ad Astra we transition through a fruity top accord cut with baie rose. Pear and mandarin provide a juicy effect tamped down by the herbal nature of baie rose. Then like a sunrise the neroli arrives as it spreads across the fruity opening and whisks it away as if it was tendrils of fog. The neroli exalts in its lightness until blue agave and geranium come around to add back that green grounding quality. The blue agave provides an unusual green which makes the neroli effect kind of abstract while also feeling natural at others. Jasmine is used as a floral foundation while providing some expansiveness to the overall neroli accord. A mixture of vetiver and white musks provide even more volume as the base accord.

In the past with the Rework versions I end up choosing “this or that” as one of them becomes my favorite almost to the exclusion of the other. For the first time 19.1 Neroli ad Astra has me thinking “this and that”. It is because 19.1 Neroli ad Astra has been so good in the summer heat. It is opaque without being a trifle but it isn’t going to be something I’d wear in the upcoming fall. Then I am going to reach for my old favorite 19 Louanges Profanes. Which makes this the first Rework where each version has a time and place for it.