Whenever I am at a perfume exhibition my favorite part is finding a new brand to try. At Cosmoprof North America that experience came to me courtesy of Paglieri 1876. Introduced in Italy at the end of 2015 they are now beginning to expand in to other markets. The basis of the brand is one of travel within Italy. Each of the six perfumes in the debut collection is meant to fly you away to a specific Italian locale.

All six of the perfumes were done in collaboration by perfumers Henri Bergia and Eric Fracapane. Part of the display at the booth was a little old fashioned travel diary. All six of the perfumes feel like chapters in one of those whirlwind tours where you would see six cities in seven days. Time enough to get a broad impression but to really understand the city it would require a future visit where you could stick around for a few days. These are kinetic perfumes which develop fairly rapidly which allows for things to come and go with aplomb. I generally liked all six but the one I spent some time with was Romae. 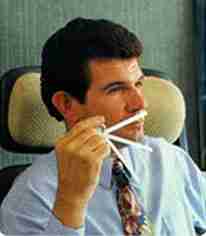 Romae is based on the capitol city of Italy. In the press notes they say it is inspired by the tiles and mosaics found in the city. I’m not sure I see the connection between a floral chypre and that but the perfume is very nice when all is said and done.

The perfumers throw a fast moving top accord out made up of mandarin, rosehips and pepper. The rosehips have an unctuous quality which becomes a matrix for the mandarin and pepper to interact. It is an interesting way to start a travel scent because there is familiarity but the rosehips add an exoticness which let you know you aren’t at home anymore. After that the components of the floral chypre begin to assemble. Orange blossom and rose provide their part. Patchouli and amber provide the chypre. In another interesting choice instead of adding something which might have provided more of a bite to that chypre accord the perfumers add a bit of vanilla to again finish with a bit of “away from home” kind of different.

All six of these fragrant travels are worth trying. Perhaps somewhere in them you will find a city you want to spend some more time in. For me I’m going to stroll around in Romae for a while.

Disclosure: This review was based on samples provided by Paglieri 1876 at Cosmoprof North America.