There are people in perfume who I want to see work together. It arises from the same impulse to see your favorite actors or other artists combine their talents into something you hope will be special. One of my favorite examples was when two of my favorite horror authors, Peter Straub and Stephen King, co-wrote “The Talisman”. It was a story which accentuated what both authors did in a memorable way. It was a case of two of the most popular genre authors combining into a kind of super duo. The latest release from Olfactive Studio, Flash Back in New York, brings together two of my favorite creatives in perfumery; Celine Verleure and Jerome Epinette. 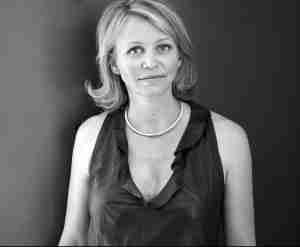 Mme Verleure has been one of the best creative directors from the moment she launched Olfactive Studio in September of 2011. Her process of using a photograph as a brief for the perfumer she collaborates with has proven time and again to produce excellent perfumes. One reason is by using a visual instead of a written brief it accesses different ideas of what a new perfume might smell like.

M. Epinette has become the man who can launch a brand. He has helped to define the aesthetic for no less than four brands. That they can be distinct yet different speaks to his skill. Yet, in its way once that aesthetic is defined it can keep you hemmed in by what you created. M. Epinette isn’t going to cut loose with something dramatically different he is going to find the edges of the frame he created and subtly push against it. The opportunity given to M. Epinette, by Mme Verleure, is to not have that frame to push against but a freedom to explore a theme. 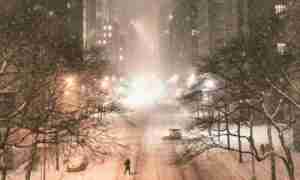 Flash Back in New York photo by Vivienne Gucwa

That theme comes from a photo by New York-based photographer Vivienne Gucwa. I have followed Ms. Gucwa through her Instagram feed “travelinglens” and her website “New York Through the Lens”. If you look through her photos online, you will be unsurprised to find she just released a book called “New York in the Snow” which is a frequent topic of her photography. Mme Verleure chose one which captured New York in a blizzard.

The perfume which comes from this is a set of contrasts mirroring the view of the snow falling while warm inside. M. Epinette uses each phase to develop this effect in three parts.

Flash Back in New York opens on a pungent mixture of cumin and clary sage. I imagine if you are not a fan of these ingredients this will not be an ideal start. Hang in there because M. Epinette uses a couple of the linen musks to provide a cleaner contrast to the less clean cumin and sage. It works beautifully especially as saffron rounds it off after a few minutes more. The heart moves towards the floral as violet and jasmine provide that. The top accord begins to combine with a leather accord to set up the contrast of animalic and floral. The remains of the cumin evoke a bit of a sweaty leather jacket just after you’ve taken it off. Birch smoke swirls off the leather in lazy ascending spirals. A green accord first of papyrus but later joined by vetiver increases in intensity. As the saffron did in the top accord tonka bean provides the finishing touch to the base accord.

Flash Back in New York has 14-16 hour longevity and average sillage.

While all the snow themed imagery is liable to induce PTSD rather than a flashback to my New York City readers that isn’t what the perfume is really about. It is a study in contrasts where at the crossroads the artists find beauty. That is what Flash Back in New York is all about.

Disclosure: This review is based on a bottle provided by Olfactive Studio.