Perfume is a timeline of unique materials being used. Many of the trends within perfumery start with the introduction of a new tool for the perfumer to use. Easily one of the most influential of these since 2000 is Iso E Super. Iso E Super is actually a mixture of three closely related molecules called isomers. Depending on the concentration of the isomers the overall scent profile can be tweaked. As a result each aromachemical producer has their own version. For Takasago theirs is called Orbitone and it was the starting point for one of the inaugural new releases for the brand Nomenclature called orb_ital. 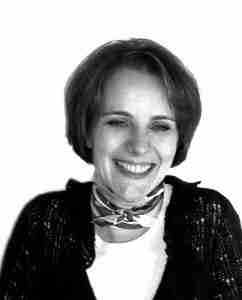 Orbitone provides a slightly more floral aspect along with the transparent dry woodiness. Perfumer Patricia Choux, working with creative directors Karl Bradl and Carlos Quintero, would take that nature and pair it with another Takasago ingredient Hindinol. Hindinol provides a sandalwood with the creamier attributes enhanced. Mme Choux makes a few smart choices on what to use which complements, and contrasts, each of the synthetics on display.

For the Orbitone Mme Choux brings out black pepper and it shows that at least in Orbitone the more mineralic aspect of this aromachemical family has been tamped down a bit. By using pepper to bring it back to life it sets the stage for violet and rhubarb to provide an appropriate vegetal floral contrast. The sharp green of the rhubarb and the silvery floralcy of violet almost set the Orbitone apart as something not natural. The Hindinol comes in about this point and it is like a fractionation of sandalwood as it carries most of the creamy rich qualities of sandalwood. The pepper now acts as the contrast with its nose-tickling nature. The complement is a cool resinous olibanum providing a very nice partner for the Hindinol.

Orb_ital has >24 hour longevity as the Orbitone and Hindinol will still be present after a long night’s sleep. The sillage is deceptive as these large molecules sometime seem to be close to the skin on the wearer but are more projecting than you think.

Orb_ital is a really beautifully interpretation of a pair of modern synthetic woody notes. Mme Choux has combined them in such a way that it is easy to understand their popularity. If you have love Iso E Super fragrances orb_ital provides a nice new alternative. If you are anosmic to Iso E Super or are one of those who find it unpleasant then this is a perfume to avoid. I like orb_ital quite a bit because I feel Mme Choux has given a well-known molecule a makeover for the better.

Disclosure: This review was based on a sample provided by Nomenclature.