Drug discovery and perfumery share a similarity in the scientific approach to trying to improve on what is known. In both fields, it is down to the chemists in each discipline to find a new molecule which does the same thing but better than what is currently on the market. In pharmaceuticals, it is a little easier to define “better”. In perfumery “better” is more often in the hands of the perfumer using the newer material. Which is why the Nomenclature brand is so much fun for me to wear. The brand creatively directed by Carlos Quintero and Karl Bradl seeks to highlight the new aromachemical raw materials as the key components in the perfumes they oversee. The first collection of four did an excellent job of this. Which is why when I received my sample of the fifth release lumen_esce I was ready to be introduced to another aromachemical. 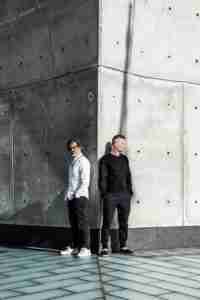 For lumen_esce the new aromachemical is called Violettyne. Violettyne was discovered by chemists at Firmenich who were looking to improve the violet leaf molecules which were typically esters attached to triple-bonded carbons. The chemists replaced the esters with chains of carbon which did and did not have some double bonds. Violettyne was the structure which added a five-carbon chain containing two double bonds in place of the ester. The effect was to enhance the galbanum-like qualities of violet leaf while also adding a grace note of fruitiness. Perfumer Frank Voelkl was asked to incorporate this molecule in to lumen_esce. 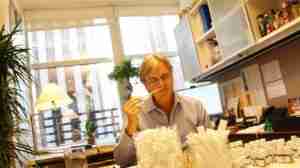 The typical use of these kind of substances is as top notes and so Mr. Voelkl sets up his top accord as a “compare and contrast” between Violettyne and violet leaf itself. The Violettyne provides a much greener quality than the violet leaf. In this case Mr. Voelkl tunes the violet leaf to give off the slightly metallic nature which it seems Violettyne uses as a conductor on which to come to life upon. This all develops through a freesia and jasmine heart. The green intersects with the florals cutting through them. Then in the base Mr. Voelkl introduces another modern innovation in raw materials Patchouli Prisma. This is a sort of reconstruction of patchouli after it has been fractionated via distillation. By combining a few of the fractions back together you get a patchouli which has been broken down as if it has been shined through a prism. The effect is to make the patchouli cooler which makes it a better partner for the Violettyne. In lumen_esce it provides a place for that violet leaf energy to ground itself. Over time the warmer facets of patchouli become more prominent as lumen_esce comes to an end on my skin.

So far all the Nomenclature releases have been great examples of the versatility of chemistry as it pertains to perfume. Lumen_esce shows the energy a straight-chain can add to a molecule.

Disclosure: this review is based on a sample I received from Nomenclature.