As a reader of urban fantasy the image of a witch as ugly crone has been replaced with numerous badass beauties. One of the things which always strikes me in these novels is that each supernatural faction almost always has a distinctive smell. When it comes to witches it tends to revolve around spices. As if the residue of whatever spell they have been cooking up clings to them via scent. The newest release from Nobile 1942 called Malia is inspired by this modern version of a witch.

Nobile 1942 was a brand I became aware of about four years ago. It landed in the US with a huge collection which made it a bit of a chore to sift through to find the ones which were standouts. Since then it has been a more manageable release schedule of a few new perfumes a year. The line took a different turn last year when, working with perfumer Antonio Alessandria, it released Rudis. This felt like a departure for the brand as it had a bit more of an edge to it. Rudis was a boozy leather which was fine but had a drawback of having very poor longevity which made it feel like it was less than it should have been. I know I wanted Sig. Alessandria to have a do-over and Malia provides that opportunity. In this case he captures a witch’s brew centered on osmanthus. 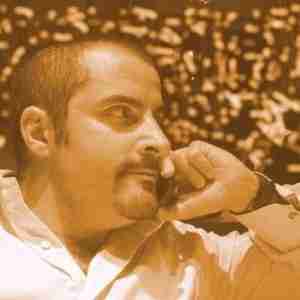 Malia opens with fruits swathed in the piquancy of baie rose and black pepper with the herbal quality of marjoram. This did feel a bit like a spice cabinet as the fruits have their sunniness attenuated by the other notes. Osmantus arises from out of this with the apricot nature of it matching with the fruits in the top notes. Rose bolsters the floral nature for a little while before tobacco flower starts to bring forward the transparent leathery aspect of osmanthus. This is where the osmanthus feels like the object of a spell as it transforms from fruit to floral to animalic as each supporting note pulls that out. Malia heads to a base of earthiness with patchouli, vetiver, and oakmoss feeling like we might be deep in the woods. A nice use of musk in the late stages reminds you this witch has been hard at work.

Malia has good longevity of 8-10 hours and moderate sillage.

Sig. Alessandria made the most of his second effort for Nobile 1942 as Malia again feels like it stands apart compared to the rest of the brand. This time the development is dynamic over a number of hours. Just like every spell maybe it took Sig. Alessandria a second opportunity to enchant. Malia definitely caught my attention.

Disclosure: This review was based on a sample provided by Nobile 1942 at Pitti Fragranze.