The last time I saw perfumer Alessandro Gualtieri was at Esxence 2014. He was walking around with a battered top hat. At that exposition, he released the final scent for his line Nasomatto called Blamage with an accompanying documentary which was screened there. He also debuted the line which was taking over called Orto Parisi. As the documentary readily shows Sig. Gualtieri is a bit of a perfumed Mad Hatter. It was those trips he took me on with every subsequent Nasomatto release. They weren’t all to my taste but they always held my interest. I was sad to see the Nasomatto story come to an end with Blamage. Turns out it wasn’t the end after all as a surprise new release Nasomatto Baraonda has arrived this fall. 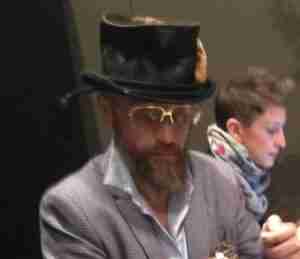 Alessandro Gualtieri at Esxence 2014 via Basenotes.net

If there was anything which disappointed me about Blamage was it didn’t fully go for the randomness it was seeking. Sig. Gualtieri pulled the punch a bit. It became more understandable as the Orto Parisi releases came out as they also lacked a bit of the madcap energy of the best of the Nasomatto line. I wanted the Mad Hatter of Black Afgano. Baraonda feels like Sig. Gualtieri was looking at that top hat on the shelf in his Amsterdam studio; dusted it off, placed it on his head and started to compose. What comes out of all this is a whisky soaked scream of synthetic musks and woods through a completely unique dried berries middle. 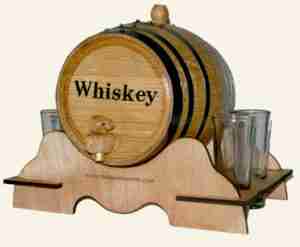 Baraonda starts with the smell of whisky most likely courtesy of whisky lactone (cis-3-Methyl-4-octanolide). To that Sig. Gualtieri adds either one of the higher octave musks or ambrette seed, the botanical version. Whichever it is it has an interesting effect of turning the whisky more scotch-like. Then the booze recedes and this dried berries accord comes to the forefront. It reminds me of the dried cranberries I make scones with. As a guess, I think this is another fruity lactone twisted with more synthetic musks. It is the most captivating part of the evolution of Baraonda for me because the berries are made so odd because of the effect Sig. Gualtieri has created. Then we get to the trademark of all Nasomatto fragrances a synthetic overload.  For Baraonda it is Ambrox and probably muscone or another synthetic animalic musk. Usually that combination does not work for me I find it screechy like olfactory nails across a chalkboard. In Baraonda it does work because the whisky and berries somehow blunt the sharp edges those two ingredients produce. Which means the woody musky base accord works unusually well.

Baraonda has ridiculous longevity of 24 hours-plus. The synthetics in the base will last through a shower. The sillage is moderate for all of that.

I am very pleased to have both Nasomatto, and The Mad Hatter behind it, back; even if only for this one release. Baraonda is one of my favorites of the line because it reminds me of the first Nasomatto I tried, Absinth, as Sig. Gualtieri says to hell with the tea let’s have a drink. That’s a party I want to be part of and with Baraonda; I am.

Disclosure: This review was based on a sample from Twisted Lily.