I think if you are a writer, or reader, that means you have an inherent love of words. One of my favorite words is “viridescent”. It is an adjective which means greenish or becoming green. I have known that at some point in time there would be a perfume for which this adjective would be appropriate. That fragrance has arrived, Naomi Goodsir Iris Cendre. 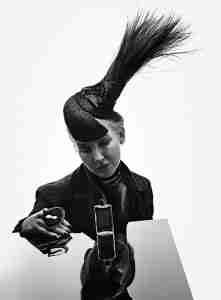 Ever since meeting Naomi Goodsir at Esxence in 2012 she has become one of my favorite people in all of perfumery. She and partner Renaud Coutaudier have fashioned what I consider one of the best examples on what it takes to succeed as a small niche brand today. In 2012 they began with two releases Cuir Velours and Bois D’Ascese. Many brands would have followed those up rapidly. It took almost a year and a half for the third release Or du Serail. Nearly another 18 months on and the fourth release, Iris Cendre, was premiered at Pitti Fragranze 2015. From many conversations with Ms. Goodsir and M. Coutaudier I know there is nothing which trumps the creative process. They will not add a new release until it is what they think it should be. There is a project currently in the pipeline that I am sure she is tired of me asking about. Her response every time is there is still something left to do to make it what she and M. Coutaudier want it to be. Unlike many of their contemporaries at Pitti Fragranze who release multiple fragrances at a time until the best of their brand is buried underneath an avalanche of mediocrity; Ms. Goodsir has taken the opposite approach. This fastidious attention to detail has produced the best perfume in a line which I already prize highly in Iris Cendre. 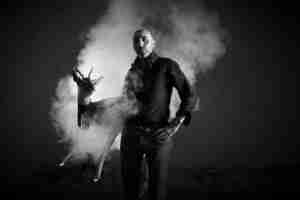 For Iris Cendre Ms. Goodsir and M. Coutaudier return to working with perfumer Julien Rasquinet with whom they did the first two releases. It is my speculation that the previous work helped Iris Cendre begin at an advanced state of understanding between the creative team. What has been produced is a unique iris perfume made viridescent. 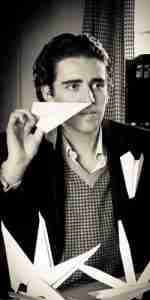 M. Rasquinet opens with a sweet flourish of tangerine and bergamot bolstered with a grace note of spices. Consider it a flamboyant bow as the curtain raises on the star of the show an extremely decadent orris butter. When orris is used in this form it very often opens very rich, eventually evolving into something very powdery. M. Rasquinet uses a clever assortment of notes to prevent that from happening. Instead of turning into something found on the cosmetics counter it is more like something found beneath the earth as the iris stays much closer to its rooty origination as the rhizome from which orris butter is derived. Early on M. Rasquinet matches the iris with violet adding in the more floral quality of a different purple flower. At this point in any other perfume a descent into powder would be inevitable. Here a clean incense with a slightly metallic character cuts that off at the pass. It picks up the rooty qualities and even makes the violet more astringent. In the base M. Raquinet uses a variation on the cistus, tobacco, and amber construct he used previously in Bois D’Ascese. In that fragrance it was what lurked under the smoke. Here it provides a bit of translucent haze for the final phases.

This was the very first scent I smelled at this year’s Pitti Fragranze. This was the answer I gave first when anyone asked me what was worth trying. It was the most buzzed about perfume at the fair, rightfully so. The pace and method at which these fragrances have been produced has been vindicated at every turn. Iris Cendre is one of the very best new perfumes of 2015 because of that dedication. Just as at the fair I am not sure I will try anything better this year.

Disclosure: This review was based on a sample provided by Naomi Goodsir Parfums at Pitti Fragranze 2015.