A few years ago, I went to the museum to see one of the more macabre exhibitions I have attended. From the moment archeologists began to excavate the city of Pompeii covered under the ash of the volcano Vesuvius’ explosion in 79 AD they discovered the bodies were preserved in a protective shell of ash. If they cautiously poured plaster inside that delicate framework they could create something solid from the ashes. To see the results of this work gathered in exhibition is to see a snapshot of death. Besides that, there was much to discover from these plaster casts which continues to the present day. Just a couple years ago they used 3-D techniques to determine the people of Pompeii were remarkably healthy some of them with “perfect teeth”. I remember having it inhabit my thoughts for days afterward thinking how death becomes an historical document through the shape of ashes. I was reminded of these thoughts by Mendittorosa Talismans Osang.

The creative director Stefania Squeglia grew up in Naples with Vesuvius able to be seen on the horizon. The name Osang comes from the annual San Gennaro festival in the city during which the dried blood of the saint is presented to the public. If it liquifies all will be well but if it stays dried….well Vesuvius is waiting. This is in keeping with the Talismans collection where the perfumes are inspired by artifacts which ward off the bad things in life. 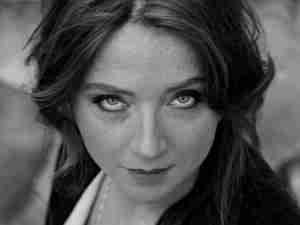 Sig.ra Squeglia has created a very personal fragrance to the point that she does not reveal the perfumer she worked with on it. Osang is what she promises it to be except instead of it liquefying into the blood of San Gennaro Osang comes closer to representing the ashes portended by the blood staying dried. It leads to some very odd choices of ingredients which successfully accomplish the effect of a sky full of ashes.

The keynote to Osang is a fenugreek extraction being used in overdose. It appears right away and in the first moments it is sort of a watery vegetal effect which strengthens rapidly into a urine-like pungency. That effect is enhanced by using honey which also can feel urinous. The other note in the early going which provides the breath of fire is Szechuan pepper. This ingredient has been used a lot over the last couple of years but the use here comes closest to mimicking the real thing. It imparts a heat while also adding a kind of choking mustiness. This all transitions into a set of resins and balms in the base accord. Benzoin, styrax, incense, and peru balsam combine to form its own sort of ashy burn. Sandalwood seemingly provides some comfort, until oud joins it, charring even that short respite.

I admire Sig.ra Squeglia’s dedication to her vision. Osang is an expertly constructed piece of perfumed art which achieves its stated goals. On that level it succeeds. On the level of “do I smell good?” it is more problematic. Because of the nature of the perfume I found it wasn’t comforting but that it put me on edge the days I wore it. Even smelling it on a strip to remind myself of it while writing this I can feel it provoking some of those feelings again. Which leads to a greater question about the art of perfumery. I think Osang is as good as it gets in realizing its artistic ambitions. It is just not something I would want to wear often. It is similar to my visit to the exhibition of the Pompeii plaster casts; the shape of ashes are disturbing but you can’t look away. Osang is great art within a delicate shell of ashes and death.

Disclosure: This review is based on a sample provided by Medittorosa.