I eat too much fast food, so my cardiologist informs me. I am intimately familiar with the offerings on the menu. A few years ago, I learned of the secret menu that exists off the board. While standing in line at McDonalds I heard the patron in front of me order a McKinley Mac. As I scanned the board above our head looking for this burger. It wasn’t there. When I got to the cash register I asked what the McKinley Mac was and was told it was a Big Mac but the regular all-beef patties were replaced with quarter pounder patties. Mmmm bigger, better more to love. My cardiologist is now yelling at his computer screen. I learned every fast food restaurant offers these kind of off the board variations.

It was only recently that I learned Memo Paris has their own secret menu. Every fall they release a kind of mash-up of one of their previous fragrances transformed by the addition of a new ingredient or tweaking of the existing pyramid. It has been going on since 2013 but I only tried them this past fall. Creative director Clara Molloy as always working in collaboration with perfume Alienor Massenet are the designers of these combinations. For 2016, the perfume was called Moon Leather. 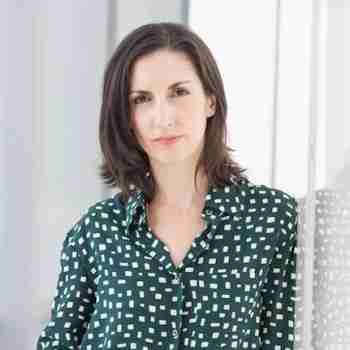 One of the current collections within the brand is the Cuirs Nomades where more earthly locations are used to form different kind of interpretations of leather. Moon Safari was released in 2009 to commemorate the moon landing forty years earlier. That fragrance was a sharply green citrus vetiver on top of a rough market leather. For Moon Leather, it feels like Mme Massenet is imagining an interplanetary Cuirs Nomades as she modifies the citrus and vetiver components of Moon Safari and adds in a much more refined leather accord.

The very early moments of Moon Leather are all sunlight and citrus as lemon, grapefruit and bitter orange provide a tart beginning. This time the green is much less aggressive as Mme Massenet uses lemon verbena and neroli as a floral interstitial stage to a clary sage note which picks up and amplifies the green undercurrents from both the verbena and neroli. Vetiver shades the green a deeper hue before the leather arrives. This is an expensive briefcase leather accord with elegance out front and the animalic hiding behind that civilized veneer. Tonka provides a soft sweetness in the later stages. Mmmm bigger, better more to love.

Moon Leather has 12-14 hour longevity and above average sillage.

When I tried all the previous secret Memo mash-ups there wasn’t one which I liked more than the original. Moon Leather breaks that streak because I like the smoother evolution from top to bottom than in the original Moon Safari. Even though this came out in the fall it is a fabulous spring citrus choice which really blossomed in the cool mornings and warm afternoons. Secret menus can take some effort to discover but Moon Leather is worth it to find at your local Memo stockist.

Disclosure: This review is based on a sample provided by Memo Paris.