There are perfumes which are going to feel personal to me before I ever get the first sniff of it. This is true for Masque Milano (homage to) Hemingway. It starts with the brand because Masque Milano is one of my favorite niche perfume brands; Owners-Creative Directors Alessandro Brun and Riccardo Tedeschi have done everything I think is important. It starts with their care to keep a distinct Masque Milano aesthetic over the ten perfumes they have released. What is more remarkable is they have done this while working with a roster of impressive young stars in perfumery. The roster is a who’s who of the best new faces. Fanny Bal is the nose behind Hemingway which continues this. The final ingredient is they are unafraid of taking risks. They seem to say through their perfumes that they aren’t trying to please everyone but if it pleases Sigs. Brun and Tedeschi there will be an audience. That has also been true in my case as the ones I enjoy are among the best releases of the last few years. 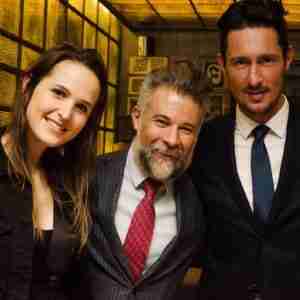 The other half of this being personal for me is the subject matter. Growing up in South Florida it was only natural we would end up in Key West visiting the museum that Hemingway’s house has become. What drew me in as a young child were the six-toed cats which roamed the grounds. Ernest Hemingway was gifted a six-toed cat from a sailor friend in the 1930’s. The genetics which produce the extra toes has continued to this day and if you visit you will find descendants of the original cat. Mr. Hemingway was among the first adult novels I read; The Old Man and The Sea. It was one of my first books and it is one which I return to read every few years. The story of Santiago and his fishing trip resonates deeply within me as one who grew up on the ocean. I have read the rest of Hemingway’s writing but it is this which remains most personally affecting. 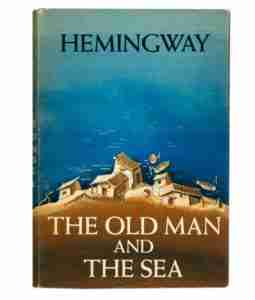 Hemingway has been the inspiration for many perfumes. Those tend to focus on the cigars he smoked, the rum he drank, and the leather jacket he wore. What I like about Sigs. Brun and Tedeschi is they found a different perspective. Hemingway wrote and lived up to an ideal of rugged masculinity which was at its zenith in the first half of the 20th century. Hemingway the Masque Milano perfume is also interested in exploring that ideal but with a different kind of keynote, vetiver.

Mme Bal used several ingredients from the Laboratoire Monique Remy (LMR) in her formula. Every oil house has a special set of crown jewels; the LMR series is the IFF version. LMR has also continued to innovate in finding new ways to isolate ingredients. Mme Bal relies on three LMR versions of vetiver to create the heart of Hemingway.

Hemingway opens with a richer ginger then I usually encounter. I wasn’t surprised to find out it was an LMR version. Ginger can be a bit like the Road Runner of Looney Tunes cartoons; racing by with velocity. This LMR ginger is more the syrup used in ginger ale. There is a heft to it which sticks around. Mme Bal then uses rhubarb as the connection to the beginning of the vetiver. It is such an interesting choice because I’ve never noticed the vetiver-like nature that lurks as an undercurrent. It is teased out here as the first version of vetiver comes out. This is a distillation where the “heart” is isolated. It is greener the upper registers of the full vetiver without the woodiness underneath. Next comes a Haitian vetiver. This is the sunny Caribbean vibe. It is contrasted with a smoky Javanese vetiver. This rumbles with portent as if Krakatoa was rumbling off to the east. When it all comes together it forms a rugged masculine vetiver accord that I enjoyed immensely. A kind of six-toed cat of vetiver. Through this is threaded a subtle leather accord. It eventually finds an earthy landing spot with patchouli in the final stages.

If you are a vetiver fan Hemingway is something you need to try. The trio of vetiver ingredients being used are worth the effort to find it to sample. The creative team has found a sweet spot where the three versions form an uber-vetiver accord that is compelling.

I have read The Old Man and The Sea through every stage of my life. Now that I am living up to the first part of the title when Santiago speaks of his age it rings more truly. Like him I wake up every day and go out into the world hoping there is still a place in it for me. I think on the days I need some inspiration (homage to) Hemingway will be there to remind me of that.