Not all relationships are intended to last. When they end it is usually because one or both have changed in ways that seem difficult to overcome. It happens between people, but it also happens between myself and perfume brands. There are brands I consider the pillars of how I experience fragrance. Some of them have delighted me for decades now. There are others that have made decisions I don’t understand. They seemingly throw away all that made them special. Like any relationship I try to hold on. Like many relationships the changes eventually become too much to take. I think Maison Cristian Dior Vanilla Diorama has become the place where I walk away.

The exclusive collection for Dior fragrance, Maison Christian Dior has been amazing. When I received a sample of 2004’s Bois D’Argent I purchased a bottle. It is one of those perfumes I will always own because it is that good. In 2010 the line was aggressively expanded with a set of perfumes that were all different from what was currently out there. Perfumes like Mitzah and Granville are also personal favorites. For the next eight years there were a couple of annual releases which remained in the same sphere of creativity. This was one of those collections I tried to recommend to anyone looking for something unique. 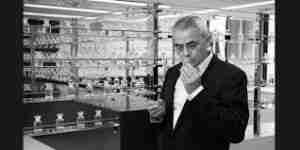 In 2018 something changed. They spammed the market with fourteen new releases. This was almost as many as they had released since the beginning of the brand in 2004. Worse they were mostly designed without any of the creativity that has marked the previous releases. You might be thinking they must have changed the perfumer. That would be incorrect. Perfumer Francois Demachy has been behind all the releases for the brand. He is one of the perfumer all-stars. The recent documentary about him “The Nose” confirms his love of the art or at least it was edited that way.

In trying to give some benefit of the doubt maybe fourteen is too much for even a talent like M. Demachy. Except once they went back to releasing two or three a year the quality never approached what had come before. There were some okay ones, but I looked at the bottles from the past on my shelf and wondered.

This year has seen three additions to the line. Eden-Roc is a flaccid floral aquatic which has had competitors so much better it needs a life jacket to stay afloat in the deep end. I never thought I’d find a tobacco scent based on a hookah boring. Tobacolor continues to make me yawn.

Which brings me to Vanilla Diorama. As have most of the recent releases it feels like Maison Christian Dior has traded chasing trends instead of setting them. Warm vanilla gourmands are a trend. Need a fall release for 2021? What’s selling? Vanilla gourmands you say? I can do that in my sleep. Which is how this seemed to be designed.

A citrus top accord a little chocolate and booze in the heart bomb it with a load of vanilla frame it in sandalwood. That’s it nothing more to see here.

M. Demachy is a master perfumer and the blend of these show his skill. What is more damning, it is done without passion. These perfumes carry a more indicting one-word assessment than “bad”, they are boring. So M. Demachy I am breaking up with you. You’ve moved to a different space I don’t care to follow. In this case “It’s not me, it’s you.”

Disclosure: This review was based on samples from Maison Christian Dior.