One of my favorite classical music composers is Gustav Mahler. While many consider Beethoven’s Ninth Symphony to be the greatest ever written my vote would go to Mahler’s Symphony No. 5. My affection for Mahler comes from my time in Boston and attending the Boston Symphony Orchestra (BSO) while under the direction of Seiji Ozawa. During that time period he turned the BSO into the premiere Mahler orchestra of the day. I also fell under the spell of Mahler’s music. I knew there was something different about it but I was not enough of a musician to know what it was I was hearing. It wasn’t until we went to a pre-concert talk prior to a performance of the fifth symphony that I got my explanation. Mahler used chromatic notes extensively. What that means is if you think of the normal diatonic scale of do-re-mi-fa-so-la-ti most of us are familiar with from music class it leaves out five other notes in the available twelve notes. To compose in a chromatic style is to work with all twelve notes for the greatest amount of variations available. When Mahler started out he was heavily criticized for using this overstuffed method of composing. I always find it to be so vibrantly alive I would think making it lesser would have killed it. In perfumery there is no real parallel as there is no rigid amount of notes you need to put in a perfume. Nevertheless the latest release from Martine Micallef, M. Micallef Akowa seems very chromatic to me. 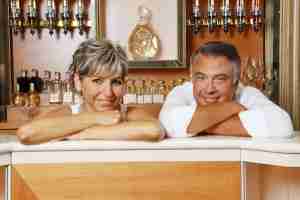 Mme Micallef oversaw the collaboration between her husband Geoffrey Nejman and longtime perfumer for the brand Jean-Claude Astier. Akowa, so the press materials say, is the name of an African tribe in Gabon. From that part of the world a secret ingredient was sourced which M. Nejman discovered while traveling there. Upon his return he wanted to make that ingredient the centerpiece of a new perfume. The fun of Akowa is it seems like they weren’t sure what would be the best way to show off their new prize. As a result Akowa has a very chromatic personality as I experienced three distinct phases as if they decided we don’t have to stick to just one style of perfume. 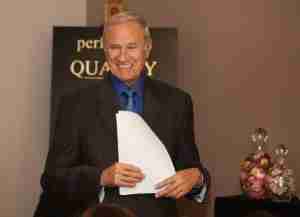 In the early going Akowa wants to be a transparent fruity floral as bergamot and orange blossom open things up. Then the secret ingredient arrives which provides a very herbal aspect early on. This reminds me of a desiccated sage-like note. It takes that very pedestrian fruity floral opening and twists it into something much less common. Until after a couple hours it turns into a full out gourmand as fig and cacao provide the heart notes for something very rich. It feels like a fusion dessert at a fine restaurant where the chef has taken a chocolate covered fig and then added an herbal topping to it.  Another few hours on we get very earthy as patchouli and vetiver take the secret ingredient and bury it in the ground. This is a dark rooty finish until at the very end a rush of musks make it a little more animalic.

Akowa is going to drive some perfume lovers crazy with its constant shifting of style. Others will feel like they got three perfumes in one as each phase lasted for hours on my skin. On both days I wore it Akowa was very much like a perfumed symphony in three distinct movements where the entire chromatic olfactory scale was being used. Akowa might be too jammed with concepts for some but if you want a full scale perfume there are few which have more to offer than Akowa.

Disclosure: This review was based on a sample provided by M. Micallef at Pitti Fragranze 2015.