Almost every time I hear of one of the great perfumes of the past being re-made today, I groan inwardly. It can be especially painful when it is one of my personal favorites. In the spring of 2017, the Creative Director behind the current revival of Jacques Fath perfumes, Rania Naim, contacted me. As soon as she told me she was interested in making a new version of Iris Gris I am sure I made a face; which she couldn’t see because we were internet chatting. The main reason she was contacting me was she was looking for sources of the original to use as reference for making the new version. We would chat about the process she wanted to undertake and that she was reaching out to many people to get advice. By the time we were done I was feeling like this was being approached correctly if you were going to do it. 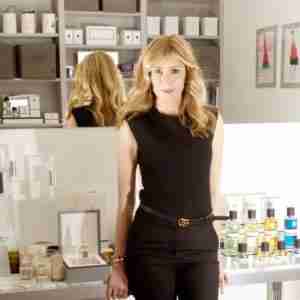 As I thought about it I was reminded that Mme Naim had presided over another of my favorite re-creations in the 2016 release of Fath’s Essentials Green Water. What was important in that one was she didn’t skimp on the neroli. Even though it was expensive she didn’t supplement natural neroli with some synthetics and call it the same. It is why I love the new version as much as I do. This was going to be a concern in re-creating Iris Gris. The cost of materials was going to be high if it was going to be done right. From that perspective I wasn’t worried.

What was left was to choose the perfumer to work with. This was done in a way which had me back to worrying. I have been derisive in the extreme about perfumery by focus group. If perfume is art it should be a personal expression. Iris Gris is the apex of original perfumer Vincent Roubert’s career. It is a masterpiece of perfumery. By asking five different perfumers to individually produce a set of mods to a judging panel. Well luxury perfume via focus group didn’t sound like it was going to produce anything memorable either. 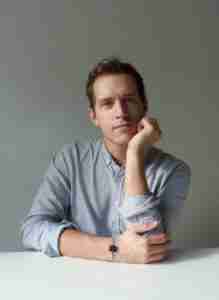 By the time it was announced the new L’Iris de Fath would be debuted at Esxence 2018 I was waiting to see what this produced. I must have sent a hundred texts asking if my friends had tried it. I got a mixed response which trended to the positive. Mme Naim informed me my sample was on its way and I’ve had it since the end of April. In the past two months I’ve been my own one-man panel comparing to my samples of vintage Iris Gris. Looking at my notes after experiencing the Osmotheque version. All while wearing a bit of L’Iris de Fath. Because you’ve already waded through a lot of intro I’m going to cut to the chase before diving a bit deeper into my experience with the perfume. L’Iris de Fath is a fantastic perfume inspired by Iris Gris, it isn’t perfect, but it is close enough for me not to care. 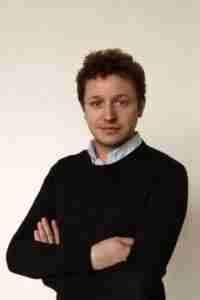 The perfumer chosen by the judges is Patrice Revillard. If you’re saying “Who?” you have a right to as M. Revillard is 25 and founder of his own independent perfume company, Maelstrom. Working with his in-house evaluator Yohan Cervi they would form their entry. This was a unanimous choice of the judging panel as the best version considering everything they had to compare it to.

Before I begin my description, there are a couple things I want to mention ahead of that. When we talk about vintage materials we spend a lot of time discussing what is no longer allowed to be used. One thing which isn’t mentioned is the efficiency of new processes of extraction of natural materials. Which means the modern version has a different scent profile than the same ingredient compared to the past. The other thing is when we smell vintage perfumes today the high percentage natural materials continue to evolve, or macerate, which provides a softening effect overall. This was very apparent to me when I tried the fresh Osmotheque version compared to my vintage sample. There is a clearer demarcation of ingredients in the Osmotheque version which is lost in any vintage bottle you will find. Both of these play a significant role in L’Iris de Fath.

For all that I’ve prattled on about natural materials and maceration one of the most important ingredients in Iris Gris and L’Iris de Fath is Peach Lactone aka aldehyde c-14. What has always drawn me to Iris Gris is the gauzy peach overlaying the strong rooty orris. The first moments of L’Iris de Fath is just that as if the perfume is showing me a beautiful piece of orris concrete wrapped in a peach-colored sheer silk scarf scented with the hue. There is no skimping on orris butter in here. This is the smell of high-concentration orris. The effect is critical to my enjoyment and it is here. It is also like a more vital version compared to my vintage samples. There is a verve to the orris not mellowed over time. This is a younger livelier version of the same ingredient that hasn’t aged for decades. As the perfume unfolds here is the main point of departure for me. In the original there is a lily of the valley green vein which threads its way through the orris and peach. In L’Iris de Fath M. Revillard uses violet leaf to provide the green. Violet leaf can have a scalpel sharp green effect and M. Revillard uses that to dramatic effect. It is also bolstered by a modern isolation of carnation which is rich and doesn’t carry as much of the proscribed materials of older isolates of carnation. This is where I found the alteration more pleasant. The bite of the carnation was attenuated. The overall effect gave more space to the iris and peach which I enjoyed. In the base all of the animalic musks of the original had to be replaced but that has not become an impediment anymore. The base does what the original base did and provide a foundation for the heart of the perfume to rest upon.

Despite my reservation outlined above I must commend Mme Naim on the care taken to produce L’Iris de Fath. I do not think there are many who would have been willing to make the decisions necessary to succeed; Mme Naim did.

In my final analysis L’Iris de Fath is capable of being compared side-by-side with Iris Gris without complaint. I am happy to have a fresh version to wear with more abandon instead of marshaling my precious drops of the vintage. L’Iris de Fath succeeds because Mme Naim insisted on things being done The Right Way.

Disclosure: this review is based on a sample provided by Jacques Fath.