I look back and consider how my perfume tastes have changed over the years. In my earliest days I was all about woody perfumes. The more I smelled like a tree trunk the better I thought it was. Once my horizons were broadened that style became an afterthought to me. It didn’t help that there were so many similar fragrances offering nothing new. Every once in a while, one breaks through as Lalique Glorious Indigo has.

Glorious Indigo is part of the Les Compositions Parfumees collection begun in 2015. The three most recent releases are meant to be marketed to men. Perfumer Clement Marx designs a contemporary woody for today’s man. 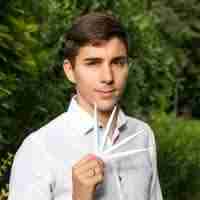 What I found particularly attractive about this perfume is M. Marx built it around the synthetic sandalwood molecule Javanol. It is usually used as part of a woody base accord which tends to lose some of the nuance it has. There is a rosiness to it which sometimes make me think of it as a rosewood analog as well as a sandalwood surrogate. M. Marx uses the Javanol as the keynote in Glorious Indigo.

One thing a lot of the synth woods have is an unrelenting monolithic power. Javanol doesn’t exhibit that. M. Marx takes advantage of that as he uses the spices of cinnamon and ginger to combine with it early on. This reminds me of the opening of a lot of the genuine Mysore sandalwood fragrances I own. There is the peppery quality which is teased out via the spices. Ginger does most of the work. As it begins to transition this is when that rosewood quality begins to appear. Papyrus provides a watery woodiness in contrast. Lighter woods and patchouli come out in the later stages before one of those strident ambers takes over.

Glorious Indigo reminded me of why I enjoyed this type of fragrance in the beginning. At its best it adds bit of hop to my step. Maybe because it reminds me of my younger self. Or maybe because it is just this year’s woody.