Back in 2010 when I discovered the new perfume line Laboratorio Olfattivo I got the impression that the man who was behind the brand also loved perfume. When I met that creative director for the brand, Roberto Drago, my suspicion was confirmed. The time I spend speaking with Sig. Drago when I travel to the Italian perfume expositions is never the typical blogger trying to get more information on new releases. We have spoken at length about ways to broaden the audience for niche perfumery, the crowded marketplace, and our favorite new releases. Sig. Drago believes in the potential of perfume as much as I do. 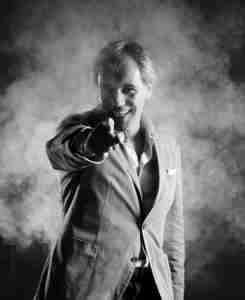 Throughout the ten years that Laboratorio Olfattivo has been releasing fragrances it has also become a place where independent perfumers can create a little more freely. One perfumer for whom this freedom has been very good for is Cecile Zarokian. Mme Zarokian is another with whom I have spent many hours talking about perfume making. Nerotic is the third fragrance Mme Zarokian has collaborated with Sig. Drago on. Nerotic is the first release in a new sub-collection named “Laboratorio in Nero” where the clear bottle is replaced with a black one. This collection is going to be characterized by more “complex formula(s)”. 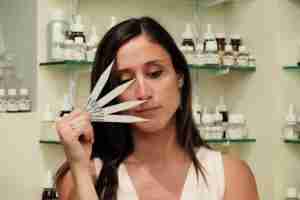 Nerotic is meant to be a portmanteau of neurotic and narcotic. What I found interesting about the way Mme Zarokian interpreted that combination was to create deep accords around which a textural note flits in and out making a wearer wonder if it is truly there. The hide and seek nature of these notes didn’t necessarily make me neurotic but it was interesting to experience.

Mme Zarokian opens Nerotic with berries and citrus. A sweetly tart opening which seemed to settle in except saffron kept showing up and then leaving. I like saffron as a foil to fruity openings and when it holds itself in check it makes that common fruity opening more exotic. Mme Zarokian seemingly uses a smaller amount to give that in and out effect I am enjoying. The green rose of geranium is matched with a leather accord in the heart. The leather accord is the black leather version which the geranium contrasts nicely. The neurotic note here is a very green coriander which when it shows up it causes the geranium to pulse with vitality within the leather. It forms a fantastic heart accord. The base is sandalwood and one of the woody-amber aromachemicals. There is a nice bit of tension between the sweeter nature of sandalwood up against the sharp edges of the synthetic. The final touch is a lazy curl of smoke which wends its way through the woods as if they were warm enough to burst into flame.

This is the thirteenth new release composed by Mme Zarokian in 2016. It is testament to her ever-developing skills that each of these thirteen perfumes stand distinctly on their own. Sig. Drago’s freedom to create has allowed her to cap the year with Nerotic as lucky thirteen.

Disclosure: this review was based on a sample provided by Laboratorio Olfattivo.