Many artists have “periods” when an aesthetic seemingly animates their output for a time. It hasn’t been as obvious when it come to perfumers, but I think Jean-Claude Ellena is in the midst of one. Ever since he left Hermes as in-house perfumer. They called it retirement, but it doesn’t feel like he has done that. Mainly because there has been a consistent output by him. He seems to be enjoying making solitaires focused on a single ingredient. He has assayed the flowers of his home in Grasse for Perris Monte Carlo. He has also done similar work for Laboratorio Olfattivo under the creative direction of Roberto Drago. What comes through is his desire to display the keynote in an ideal perfume setting. Laboratorio Olfattivo Bergamotto and Limone are the latest additions to his “Solitaire Period”.

Both are part of the “Viaggio in Italia” collection begun last year with Mandarino. The idea is these are the scents of a summer road trip in Italy. I said at the end of last year I would ride anywhere with M. Ellena. This year I’m calling shotgun as we make two stops.

Bergamotto features that character actor in almost every other perfume. Bergamot is the fresh complementary ingredient to thousands of top accords. That isn’t an exaggeration it is thousands, I looked it up. I only have a few perfumes which allow it to be the focal point. It has always made me wonder why it isn’t more frequently used this way. In the press release M. Ellena points out that it is the only citrus which came from Italy when a botanist crossed a lemon tree with a bitter orange tree. That allows bergamot to have this sweet spot which seemingly goes with everything. M. Ellena gives it the star treatment.

When I spray it the intensity of the bergamot surprises and delights me. Making me wonder anew why it isn’t featured more. There is the freshness of lemon, but that bitterness of the orange is different than the tart of straight lemon. It doesn’t add a lip-pucker as much as an engaging depth. Twin breezes blow over the bergamot. One is the lemon-tinged zephyr of cardamom. It floats across the keynote while kicking up a kind of lemon aerosol off the bergamot. White musk is the other trade wind as this adds some softness to the bitterness. Acting as a gentle simoon adding in a layer of dryness. 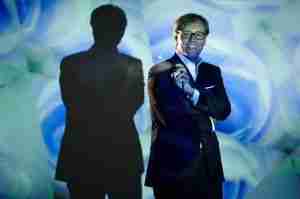 We get back in our car and head to the Amalfi Coast for Limone. According to the press notes the cliff roads there have the ocean on one side and terraces of lemon trees on the other. M. Ellena captures the lemon at the peak of its summery ripeness.

The lemon here is so faceted I suspect there are multiple sources. It isn’t just the astringent type we associate with it most familiarly. There is also a hint of the pulp and especially of the rind as a noticeable green runs throughout the early display of the lemon. This is a lemon which is full spectrum. To that ginger adds its vivacious kineticism. Acting as a catalyst to give this more zing as we drive on the edge of the cliff road. He again uses white musk but in this case, it is as a way of adding expansiveness. As you drive on the edge of the world with sea below and lemon trees above the whole world seems to be in front of you. So step on the gas.

I have enjoyed all the perfumes from M. Ellena’s “Solitaire Period” so far. I hope there are more yet to come. I’m ready to go on another road trip. Just remember I call shotgun.