Because Mrs. C is a tattooed person, I’ve spent my share of time in tattoo parlors. They are some of my favorite places to be in the hours just after midnight. In that time it is often when someone has finally screwed up the courage to get their first. We were in NYC one night because a famous artist from out West had come to visit. It was a few hours after midnight when a young woman walked in. She was by herself and she told the owner of the shop she would like to get a rose on her shoulder. He gave her the book to settle on a design. As she looked, she was asking questions. She didn’t see anything she really liked when the visiting artist quickly knocked out a freestyle rose on paper. She had been listening to the young woman and seemingly knew exactly what she wanted. The owner took the design and an hour later the woman had her first tattoo. When I received Kierin NYC Rose Ink it brought me back to that night. 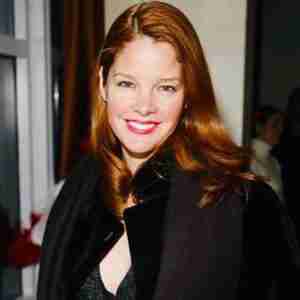 I received the debut four brands from Kierin NYC a little over a year ago. I was impressed with the quality of the collection. Creative director-owner Mona Maine de Biran has decided that the brand should keep it simple. Counting on well-done fragrances to find an audience. Ms. Maine de Biran is taking an interesting tack to engaging that audience. She is heavily using social media to get the word out about her brand. It includes reaching out to reviewers to also do their part. I am happy to do it because the brand has been making good perfume.

Rose Ink like all the fragrances in the collection take a location in NYC as a starting point. Here it says, “Tattoo Parlor, East Village New York” The only thing I would add to that is “after midnight”. Perfumer Jerome Epinette finds the vibe I remember of that milieu.

The source of the named floral is the Damask version. This is the spicy sturdier rose. This isn’t that debutante rose dressed in pink. This is a rose dressed in a biker jacket. To add the hint of that M. Epinette uses saffron as a leather substitute. It creates the scent of leather which lingers on skin after you’ve taken the jacket off. The other keynote is blackcurrant bud. This is an ingredient which requires a steady hand. M. Epinette adds it in to give a hint of the greensoap used to wash the hands and skin to be tattooed. It also adds a subtle metallic shine to the rose. As if it isn’t in a vase but in the tip of the tattoo needle to be transferred onto skin. Cedar provides a clean woody finish.

Rose Ink should be a great choice as the weather gets cooler. This is a rose with presence just in case you want to check out a tattoo parlor after midnight.

Disclosure: This review is based on a bottle provided by Kierin NYC.

Editor’s Note: Because I am part of that outreach effort I spoke of Kierin NYC has provided a code you can use to get 10% off any purchase on the website. The code is: COLOGNOISSEUR10.