There are emerging independent perfumers whom I have known for quite a while. As a writer it is fun for me to watch them evolve. As a scientist it is fun for me to watch them evolve. I often get to participate by critiquing early mods of what they are thinking of releasing. Then they take that bold step of releasing their perfumes to the world. I think one of the more difficult stages is building upon that first set of creations. For many indie perfumers it has taken years to get to the point where they release their first fragrance. Now they have to come up with a follow-up a little more quickly. This is also where those with the more developed skillset begin to separate themselves. It is why I look forward to the second release because it confirms rising talent.

One of those perfumers who has been on my radar for many years is Dana El Masri of Jazmin Sarai. She was always interested in the connection between music, fragrance, and color. Her first set of four releases, which came out about a year ago, were each inspired by a specific song. Her stated desire was to keep doing that. For her fifth release, Solar’1, she uses the song Africa by D’Angelo as her muse. The song is a soulful vocal contrasted with a staccato drum beat mixed at almost the same level. Ms. El Masri has composed an equally soulful perfume with its own bit of persistent rhythm. 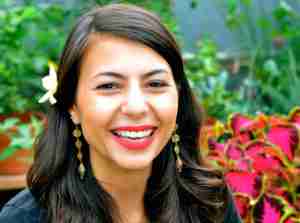 Ms. El Masri constructs Solar’1 with a precise percussive style. The first beat comes from ginger. She uses the ginger not in that energetic zippy way it usually appears. Instead she flattens the note out making it more transparent. I like this as the diffusion of that energy makes the ginger subtler. Osmanthus absolute is next. This is one of my favorite notes and, as with the ginger, in this form the osmanthus seems much more expansive. Unlike the ginger I wouldn’t describe this as transparent, it has much more presence. The next two pieces arrive as cocoa and allspice provide some depth to the osmanthus. The cocoa in particular allows for the leathery quality of the osmanthus to have something to interact with. This all comes to a glorious close with an ambery musk base accord. Those last soulful vocals underneath one final drum beat.

The improvement in Ms. El Masri’s abilities are clearly evident. Solar’1 is a fragrance of nuance which requires patience to get that balance correct. Ms. El Masri has developed into a perfumer capable of that. Which leaves me with a couplet from the song which seems appropriate, “everyday I see U grow/and remember what U already know”. Solar’1 is evidence of that growth.

Disclosure: This review was based on a sample provided by Jazmin Sarai.