In the 1950’s America was coming to grips with its status in a post-war world and most were buying into the American Dream. The goal of this was to get a 9-to-5 job, a house in the new housing developments growing around the major cities, and to start a family. This drive to have all of these things has persisted to this day even though it is more difficult to achieve presently. Right from the beginning there was a group of artists who rebelled at this nascent straitjacket of conformity. One of the earliest groups of non-conformists was called The Beat Generation and one of its prominent members was author William S. Burroughs. His 1959 novel “The Naked Lunch” along with Jack Kerouac’s “On the Road” and Alan Ginsberg’s “Howl” are the exemplars most cited as the works which capture this desire to break free of the confines of The American Dream. Perfumer Anais Biguine of Jardins D’Ecrivains has been releasing perfumes based on literary inspirations and she chose Mr. Burroughs’ earlier work Junky as the name of her newest release. 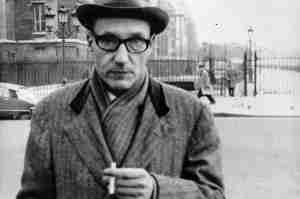 As a piece of literature Junky was an unflinching view of the life of an addict who in the most powerful passage in the book compares heroin addiction to “an inoculation of death”. This was a vivid contrast to the early hysteria over drug use typified by movies like “Reefer Madness”. Junky was succinct prose describing something unknowable to a non-addict. Mme Biguine when composing the fragrance named after this source material also chose to go for a spare construction with a burst of floral pleasure around slightly edgy and narcotic top and base notes. 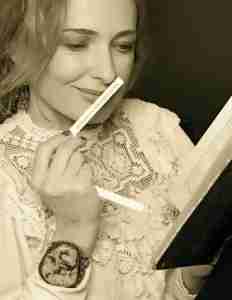 Junky opens on a fantastic combination of galbanum and hemp. The hemp gives the intense green quality of galbanum a viscous coating and creates an edgy nervous feeling to the early moments of Junky. The heart is the moment of euphoria as iris, violet, and gardenia form a heady triptych that shed the nervy opening for a moment of floral pleasure. I am partial to all three of these notes and Mme Biguine weaves them into a purely pleasurable moment of joy. That joy decays into a base of darker notes as vetiver, frankincense, myrrh, and cade bring you back to reality. I especially like the use of the cade here for recapitulating the green edginess of the top notes in an alternative way.

Junky has 8-10 hour longevity on my skin with modest sillage. 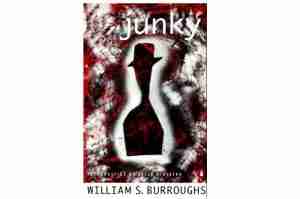 Mme Biguine has not shied away from interpreting some of literature’s renegades in fragrant form. I have been impressed with all the fragrances she has produced to date but Junky has done the best at capturing the source material. Using a beloved and cherished source material like Junky sets it up to be disappointing to some if it fails to capture what each person believes is important about that work. I admit of all the things Mme Biguine has translated to fragrance this was the one I had the most personal feeling about. At least for me she nailed the feel of the book with a laconically slightly dangerous fragrance. Junky is everything I could’ve asked for in a fragrance with this name on the bottle.