One of the most used words in perfume names is “noir”.  According to Michael Edwards’ Fragrances of the World there are over 150 perfumes with the word in their name. I feel very Inigo Montoya-like, from “The Princess Bride”, when I use his quote, “You keep using that word. I do not think it means what you think it means.” What Noir should be is something with depth and perhaps a bit of intrigue and danger. What happens all too often is the perfume rounds up a bunch of heavy notes slams them together and points and says, “Noir!” I do not think it means what you think it means. When I receive a sample with noir in the name it almost immediately brings out my inner Inigo Montoya. When I received my sample of the new Isabey Lys Noir it turned out my inner skeptic would be shelved for a perfume which absolutely understands what noir is.

Isabey was a perfume house which had its heyday back in the 1920’s. It was a much desired brand for the socialite set and especially Gardenia left its mark. After the Great Depression Isabey was much changed and eventually was discontinued. In 2002 Panouge acquired the brand and re-released Gardenia. Perfumer Jean Jacques would do a creditable job and over a number of limited releases Gardenia would sell out time and again. Panouge then began, in 2009, allowing M. Jacques to start adding to Gardenia by reformulating more of the classic Isabey perfumes. Lys Noir is the fourth of those perfumes to be released. Lys Noir was first released in 1924 and in that time frame art deco and noir originated and became inextricably linked. M. Jacques has done a fantastic job at re-creating a perfume which captures both of those influences. 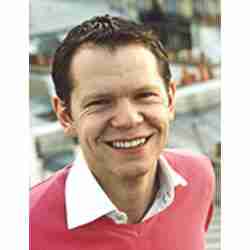 In those noir fragrances I derided in my opening paragraph a note like black pepper would be used because black=noir in the pedestrian mind. In Lys Noir, M. Jacques uses black pepper as an opening bit of punctuiuation.  A leading exclamation point. Black pepper can be such a vibrant note when done right and here is it exactly that. It leads into one of the best white flower hearts I’ve smelled in a long time. The lily that is in the name is there but the real stars of Lys Noir are tuberose and narcissus. These are notes which act like flappers of the time period; free spirited, assured along with a bit of attitude. M. Jacques get the balance just right here as the tuberose and the narcissus meld together like old friends. The lily tints it slightly green and heliotrope adds some high harmonics. This is where M. Jacques gets noir right. At this point Lys Noir feels very retro, it also feels like it might be right on the edge of getting out of control. There is also a narcotic quality to white flowers in high doses and that is also present. The base doesn’t disappoint as it transitions to a dark mahogany wood accord. If you’ve ever smelled a fine mahogany piece of furniture oiled and polished this is the wood accord which forms the base of Lys Noir. Some patchouli and musk round it out.

Lys Noir has 10-12 hour longevity and above average sillage.

For one of the very few times a perfume with noir in the name gets it right. Lys Noir is a brilliant perfumed time capsule which reflects the sensibilities of its time frame beautifully.