Back in October 2011 fellow blogger, Lucy Raubertas, of Indieperfumes, put together a group project of writers and perfumers called the Clarimonde Project. It was an ambitious undertaking which produced excellent synergies as the artists all worked off the inspiration provided by the short story Clarimonde by Theophile Gautier. Over a month or so everyone involved provided inspired work. This was a group project which worked.

I had never heard of the story prior to the project but through it I would download it and read it. It is the tale of a young priest Romuald who is struck by a coupe de foudre on the day he is to be ordained. The woman responsible for it is Clarimonde. Hewing to his obligation to the church he gives up his chance at love. One night he is taken to a castle to give last rites to Clarimonde only to have her revive for a moment causing him to faint. Days later she appears to Romuald in his cell reawakened as a vampire. They run off to Venice together where she feeds on Romuald while sharing the pleasures of the flesh. One of the other priests eventually forces Romuald to watch as he pours holy water over Clarimonde in her mausoleum causing her to turn to dust. Romuald’s final words are to never lay eyes on a woman or this fate will be yours. 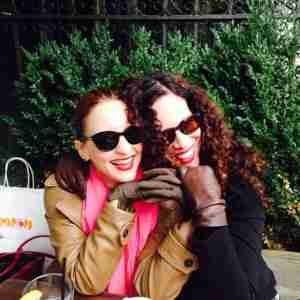 As you can see it is a rich source material for a creative to work from. One of the perfumes which came from the original run was House of Cherry Bomb Immortal Mine.  Perfumers Alexis Karl and Maria McElroy wanted Immortal Mine to capture those Venetian nights as the physically sated Romuald would drift off to sleep while Clarimonde would feed on one drop of his blood. Immortal Mine was a rich amber and oud matched with sweet tobacco all stuck in a beeswax matrix. The amber and oud that were used were memorable enough that when I visited with Ms. Karl and Ms. McElroy, a year ago, we had a conversation about them.

Ms. Karl and Ms. McElroy return to Clarimonde’s world to capture the moment when she died her human death only to be reborn a vampire in Immortal Mine II. For this version, many of the same ingredients remain but they are sourced from different places to complete the transition from the Clarimonde that was to the Clarimonde that has risen. 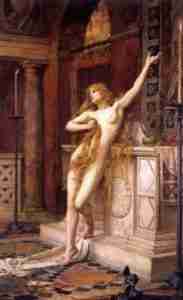 Immortal Mine II opens on tobacco flower a lot of it. This is the continuation of Immortal Mine which ended with tobacco. Immortal Mine opens with the tobacco flower which is the same but not the same just as Clarimonde in her new form is. Then we get two fantastic nods to the living dead as a desiccated henna and the funeral flower of choice lily add a sense of the cemetary. This is a fabulous piece of interpretation that I enjoyed very much. The base accord is like the tobacco flower as the recapitulation of the amber and oud ensnared in beeswax from Immortal Mine. Except in Immortal Mine II they are a mix of vintage ouds and fossilized ambers. I smelled a couple of these raw materials on that year ago visit; the fossilized amber is amazing by itself. Here the perfumers have allowed it to provide the power of the ages to Clarimonde.

Immortal Mine II in the Eau de Parfum concentration has 10-12 hour longevity and moderate sillage.

There are two concentrations to Immortal Mine II Eau de Parfum and Oil. I chose the EDP to review because it was more expansive imparting more of a supernatural feel to it all. The oil wears much closer to the skin for a few hours longer.

I am not sure what Ms. Raubertas’ intentions are with the future of the Clarimonde Project but she should be very proud that it continues to inspire five years later. With Immortal Mine II Ms. Karl and Ms. McElroy finish their examination of Clarimonde with style. Maybe poor besotted Romuald needs to be next?

Disclosure: This review was based on samples provided by House of Cherry Bomb.