There are things in life I like dry. My martinis are one of them. What that means is I want only a drop or two of vermouth in my chilled gin. That gives a more astringent effect as I sip my drink. There are many perfumes which also benefit from that same dry style. Foremost among them would be cologne. One of the more interesting explorations of cologne comes from the Hermes “Eau” collection. It has always provided the perfumer an opportunity to interpret this classical perfume architecture as a post-modern version. The latest release fits right in; Eau de Citron Noir. 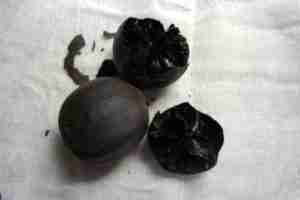 When I saw the “noir” in the name I was wondering what might be going on. I then looked up “citron noir” and was introduced to the Persian cooking ingredient “loomi”. It is formed by drying limes after boiling them in salt water. They look like charred unappetizing black globes. As this material transferred from the Middle East to the Western world loomi became lemon and the color was obvious. So black lemon is “citron noir”. 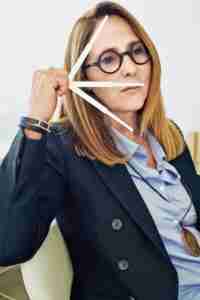 Perfumer Christine Nagel follows up her first cologne for Hermes, Eau de Rhubarbe Ecarlate, with something different as she embraces the citrus origins of cologne with modern eyes. To recreate loomi as a perfume she blends multiple citrus ingredients before steeping them in black tea. It forms a spectacularly arid accord just like the material itself.

Mme Nagel uses lime as part of her citrus mélange, in a nod to reality, but here the black lemon accord is really made up of pieces of lemon-like ingredients: Lemon, lemon blossom, and Buddha’s Hand citron. It forms a swirly tart accord with almost no respite from that until she boils it in black tea. I don’t know what tea ingredient she uses but the effect is that of a smoky style akin to Lapsang Souchong. The tea accord also dries everything out. It wasn’t particularly juicy prior to this but now it is like a desert instead of a dessert. The slight smokiness is reinforced by the base note of cabrueva wood which provides a very light woody finish.

Eau de Citron Noir is another excellent entry into the Hermes “Eau” collection. Because I’ve been wearing it in these early days on unseasonably cold days there were times it never felt like it opened up as fully as it might a month or so from now. Even on these cooler days the skirl of a thin tendril of smoke through the very dry citrus was still enjoyable. I am looking forward to trying Eau de Citron Noir while sipping the drink I discovered looking it up for this article, iced loomi, later in the summer.