As I’ve watched the best independent perfumers over the years there has usually been a learning curve. The earliest creations are good but as time passes, they become more assured in their ability. There is usually what I call an inflection point where an indie brand goes from being good to great. It is one of the things I enjoy most about trying new perfume to see that process happen. I’ve always wondered what would happen if one of these perfumers went back and reconsidered their earliest creations. What would they do differently? Perfumer James Heeley has decided to do this with his latest Heeley Athenean.

Mr. Heeley began his brand back in 2004 with his first release Figuier. He wanted to create a classic fig-based Mediterranean style perfume to start his independent career. That one wasn’t my first introduction to the brand it was the other debut fragrance, Menthe Fraiche. For all that I complain about mint in perfume that one remains one of the few I really enjoy. It was a super green interpretation of mint. This was what made me keep my eye on what followed. 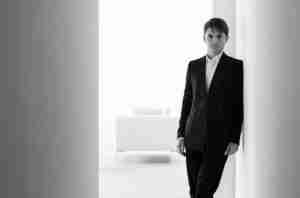 In 2021 I have consistently found Mr. Heeley to be one of the more interesting independent perfumers. When I received the press release for Athenean it said that he was returning to reinterpret Figuier. In this case he was going to focus on the wood of the tree over the leaves and fruit. The other difference is he significantly ups the presence of the Mediterranean than was present in Figuier.

Figuier began with the soft grassy green of oximes. Athenean begins with the crystalline sap-like green of galbanum. The new fragrance is green with a more focused intent. What is done to smooth out some of those edges is the use of aquatic notes. This is where the sea below the cliff is more detectable. As part of these aquatic ingredients there is some melon which comes with them. Before that becomes distracting, he balances that with some green fig. It has a less effusive scent profile while still retaining some of the creaminess of the riper version. Sandalwood picks up that aspect and resonates with it as it forms the scent of the trunk of the fig tree. Some synthetic woods and white musks add in the sun-warmed feel of the wood and the breezes off the Mediterranean.

Comparing his first perfume with his twenty-sixth is an interesting exercise. The most obvious difference is how adept he has become with his use of different perfume ingredients. Many of these ingredients were present in those first two releases seventeen years ago. Now he knows exactly what he wants to achieve when using them. Which answers the “what if”.