When a new technology comes along it generally means something is replaced. Throughout the 1970’s as photocopy machines became more prevalent the use of carbon paper to make copies of correspondence declined. The only remnant of it today is the abbreviation on your e-mail “cc” which stands for “carbon copy”. It used to be what was handed to a typist with the list of recipients to receive cc’s. They would place these sheets of carbon paper between sheets of paper underneath the original they were typing on. The purple color of the paper would be transferred on the copies underneath with each keystroke. While the copies were like the original the process gave the type a different color while also adding a slight blurriness to the overall documents. It resulted in a copy but not an exact copy of the original. Perfumery is full of carbon copy perfumes but it is usually between two different brands. It turns out Guerlain is reaching back to make a carbon copy of a previous fragrance with Guerlain Lui. 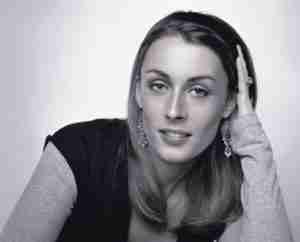 Even the advertising campaign feels like a relic of the past as they claim in their promotional materials, “inspired by a generation breaking free from gender norms”. Which generation are they talking about Baby Boomers? Gen X? Millennials? This reads like Maison Guerlain has been interred in a time warp bubble. Which might explain how perfumers Delphine Jelk and Thierry Wasser have turned Lui into a carbon copy of 2006’s Guerlain L’Art et La Matiere Bois D’Armenie by perfumer Annick Menardo. Lui is a near slavish reproduction which provides an opaquer experience than Bois D’Armenie but it is at its heart a reproduction. 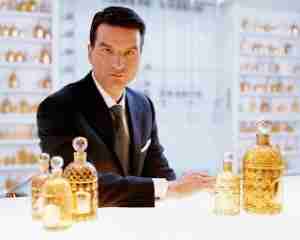 Lui opens with the same papier d’armenie inspired benzoin accord found in Bois D’Armenie. In the original there are bold keystrokes of florals and spice throughout. Lui has a bit of floral from carnation a bit of spice from clove but it mostly has a cloud of benzoin made smoky through a leather accord and a touch sweeter with vanilla.

The bottom line is I like Lui but it feels like a carbon copy of Bois D’Armenie which begs the question do I need both? For me the answer is no because I can get a similar effect to Lui by spraying once with Bois D’Armenie. It is the best release Guerlain has released since Terracotta Le Parfum three years ago but it is accomplished by cribbing from their own past. If Bois D’Armenie didn’t exist I’d be raving about this but it does; Lui is a carbon copy of it which carries its own message about the creativity within Guerlain these days.

Disclosure: This review is based on a sample provided by Guerlain.