Ever since creative director at Gucci, Alessandro Michele, has taken a hand in the fragrance side of the brand it has been, mostly, a good thing. Outside of a couple of missteps I have believed Gucci perfumes have been on an upward trajectory because of Sig. Michele’s involvement. For the most part that success has come through giving typical fragrance styles clever twists through ingredient choice. What I have been hoping for is for Sig. Michele to make a fragrance which is different than those typical mass-market styles. It was what set Gucci apart when Tom Ford was the last overall creative director to get involved with the perfume side. It seems like Gucci Memoire d’une Odeur is an attempt to do that. 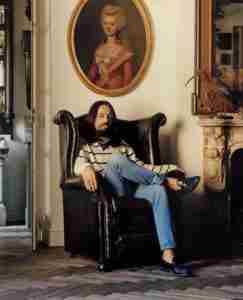 Sig. Michele has been working almost exclusively with perfumer Alberto Morillas since he got to Gucci. That partnership remains for Memoire d’une Odeur. I have to comment that the press release is a touch irritating because it claims that this is the first perfume to feature chamomile as a keynote. Any quick search of any perfume database will show that is a bit of exaggeration. They are making a point, though. Chamomile has a different scent profile than most things featured in mass-market perfumes. It carries a strong green herbal-like foundation which also carries a fruity component. For Memoire d’une Odeur they are using Roman chamomile which has a granny smith apple to match with the green herbal-ness. This is a challenging ingredient to put on top of a new commercial release. 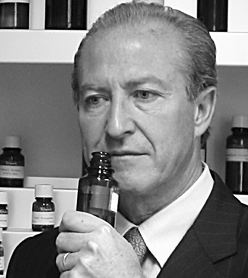 Yet when you spray on Memoire d’une Odeur that is what you first notice. M. Morillas adds a bit of soft lift with a white musk, or two, but it doesn’t blunt the sharper edges of the chamomile. This is a vegetal green given some texture though the apple quality within. This is the kind of opening which is often seen in a niche perfume. not so often at the mall. With all of that in play for the top accord the remainder of the development spools out in a more recognizable fashion. Jasmine holds the heart with a more traditional floral scent. The base is even more recognizable as a series of white musks wrap around a clean cedar.

I am really looking to my next field trip to the local mall to observe how consumers are reacting to Memoire d’une Odeur. I think it is going to be a tiny step too far as the top accord provides a prickly character that will be difficult to embrace. Although if you are a more experienced perfume fan that prickliness is what might get you to take a second sniff. I am happy that Sig. Michele is willing to take some commercial risks as he continues to breathe life back into Gucci perfumes.