The whole idea of Medieval knights has been an object of personal interest for as long as I remember. I eagerly devoured stories of Camelot and the Knights of the Round Table. I would read histories about the real ones which made them a touch less noble, but their bravery was enhanced. The tragic story of the ascetic knight Lancelot from the King Arthur mythology was of a man pure of purpose transformed by love. The real knights were less likely to be moved off their chosen path. The famous ones all lived sparse lives committed to their cause.  One of those real-life knights is the inspiration behind Francesca Bianchi The Black Knight. 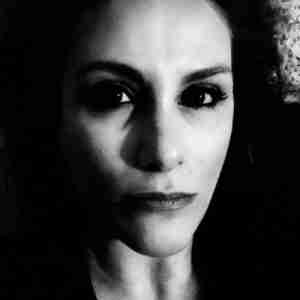 To most when you read Black Knight those are villains in stories. The actual Black Knight was Giovanni Dalle Bande Nere; that translates to John of the Black Bands. His oath was given to the Medici family of Florence, Italy. He lived his life as a Spartan in armor. He spent his time in the field instead of at court. Sig.ra Bianchi casts The Black Knight in its own minimal terms accentuating the camp life milieu of a soldier.

One of the reasons I sought The Black Knight out was Sig.ra Bianchi uses caraway as her top note. It is one of my favorite ingredients in all of perfumery Sig.ra Bianchi uses it beautifully. The caraway carries a freshness tinged with shadow. It is an interesting way of evoking the life of the knight. A more traditional knightly accord comes next with the scent of saddle leather. Sig.ra Bianchi uses beeswax to mimic the sheen of tack impeccably taken care of. This is a glossy leather scent cleverly supported with a touch of rose and iris. It makes me think a couple of favors given at the last joust were kept in his saddlebags. The florals provide a delicate effect in contrast to the leather. We then get to the campfire carried forth by smoky vetiver. The Black Knight closes with another ingredient I enjoy; the vetiver which has a significant smoky character. Sig.ra Bianchi uses patchouli and cedar to find the earth and trees surrounding the camp.

The Black Knight has 12-14 hour longevity and average sillage.

It’s enough past Halloween I shouldn’t be playing make-believe. The Black Knight is such a nice perfume to wear on cool days it is hard for me not to get lost in a reverie of a valiant ascetic knight.