I grew up around snakes in South Florida. I was fascinated with them. One thing which always kept me intrigued was that they were cold-blooded. If I was handling a non-poisonous snake the lack of warmth, as it slithered around my forearm and through my fingers, was an interesting contrast. Because of the scales it always felt like a dry kind of cold to me. Mrs. C is terribly afraid of snakes and my interactions are now limited to getting them out of her vegetable garden. Ex Nihilo Viper Green captures the serpentine chill without turning venomous.

Ex Nihilo has been a brand in transition over the last year or so. When the creative team of Sylvie Loday, Olivier Royere, and Benoit Verdier started the brand it was only available in a Paris boutique with a design aesthetic which allowed a consumer to add the last note to their perfume. After two years they have steadily expanded the places they can be found which makes it difficult for that bit of personalization to be added in. It has been a move for the better because it has produced perfumes which feel more complete which Viper Green benefits from. Perfumer Nadage Le Garlantezec uses a spine of cool green ingredients which allow for florals and patchouli to slither over. 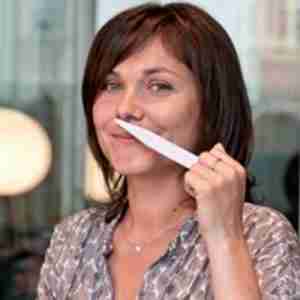 Viper Green opens on a tart green mandarin paired with angelica root. This is the beginning of the green thread which runs throughout. Galbanum intensifies that thread while Mme Le Garlantezec uses a synthetic ingredient called Rosyfolia. What that does is provide a rose tinted muguet. That bit of muguet that is green is very present in Rosyfolia which allows it to pick up the galbanum just in time for jasmine to pick up the floral baton. Some powdery iris softens the central part of the development and provides a bit of the cold-blooded nature. A very potent vetiver supported by a slightly earthy patchouli is the final part.

Viper Green is not a fanged fragrance despite the name. It is the sense of a cool green snake slithering languidly over your skin. I have enjoyed handling this snake in these early days of summer.

Disclosure: This review is based on a sample provided by Ex Nihilo.