When it comes to year’s end wrap-up I already know that one of my favorite new lines for this year will be Euphorium Brooklyn. The line created and overseen by Stephen Dirkes is as much fragrance brand as an ongoing story. What has made this so pleasurable for me this year is the level of passion which winds throughout this project. Mr. Dirkes is creating the olfactory equivalent of a Penny Dreadful serial complete with eccentric characters, outlandish scenarios, and fragrances to match.

Earlier this year the first three installments introduced us to the perfumers of the Euphorium Bile Works in Brooklyn. Those first three releases were each tied to one of the personalities. Cilice was the story of Etienne Chevreuil. Wald was Christian Rosenkreuz. Usar was about Rudolph Komodo and his mysterious Komodo Process said to put the euphoria into Euphorium. With each of these there is an extended story on the website. This is what Mr. Dirkes is after; a multi-media artistic effort. It has been very successful to date with me and I was expecting to have to wait for a new chapter but Mr. Dirkes is going to keep giving me chapters to enjoy as there are three more coming before the end of the year. Chapter Four is called Suedois.

Suedois is said to be the first perfume collaboration between the three men of the Euphorium Bile Works. It was inspired by their realization that each of them had had relations with a Swedish opera singer identified in the story only as Miss Lind. The time frame is right for it to be Swedish Nightengale Jenny Lind and so I am making that leap as throughout the story our objet d’amour is only called Miss Lind. Upon her visit to New York in 1852 the three men invite her to visit them where they present her with the perfume made for her called Suedois. Each perfumer has created a phase meant to remind Miss Lind of her time with each of them. After the perfume was presented to Miss Lind it is clear The Komodo Process was strong with this one as the next morning Miss Lind’s attendant found her and the men unconscious in a state of blissful dishabille. 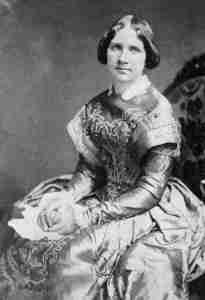 Suedois the perfume is different from the first three releases as it is now a traditional alcohol based eau de parfume instead of the oils that the first three were. I think this was a very good choice by Mr. Dirkes as Suedois is a much better perfume for being more diffusive in an alcohol formulation. I think as an oil this would have been much too quiet to describe the wanton moment of that night with Miss Lind.

M. Chevreuil is up first as he is responsible for the “Fleur Seudoises” accord on top. It consists of citrus at first as petitgrain eventually gives way to a set of wild flowers. M. Komodo buries his euphoria inducing process underneath a “Peau d’Espagne” accord of spice infused leather. The spices are cardamom, clary sage, nutmeg, and anise. These spices take the animalic aspects of the leather accord and make it something exotic, maybe a little bit dangerous. This is also where M. Komodo’s “Cendana” sandalwood accord really takes hold. It is there throughout the perfume as the spine it is constructed upon but it has a really delightful subtlety throughout. The heart notes somehow display it at its best. The base is by M. Rosenkreuz as he sets the scene with a “Bayerische Crème” gourmand accord. Heavily smelling of raspberry and vanilla it comes off as a decadent berry crème brulee on my skin.

Suedois has 10-12 hour longevity and way above average sillage. This is one to be cautious on how much you spray. On one day I applied my usual six sprays and I felt as if I was the one discovered unclothed by Miss Lind’s attendant. I found half that to still be quite potent.

Suedois is the most complex perfume from Euphorium Brooklyn so far. It is also my favorite as it comes the closest to matching the fanciful prose attached to it. I am just starting on the next chapter, Petales with 100 Tweeds yet to come. Like the 19th century readers I can’t wait for each new chapter from Mr. Dirkes.