When I was in high school, I had a friend who was allowed to cover her bedroom in posters. These weren’t just any posters these were the ones which looked best under black light. She even had light bars with black lights replacing the typical fluorescents. We were both fans of the big synthesizer based rock bands of the time. Bands like Yes or Emerson, Lake, and Palmer. A whole side of an album would be one song. She would light some incense sticks cut the lights over to black light and we would listen to the music while watching the colors glow. I hadn’t thought about this until I received my sample of Etat Libre d’Orange Soul Of My Soul. 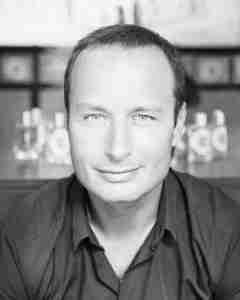 Creative director Etienne de Swardt and perfumer Shyamala Maisondieu were inspired by the Thousand and One Nights of Scheherazade. The name comes from the story where the phrase “soul of my soul” is spoken by Aladdin. Their inspiration was Hindu cosmology. For almost anyone else I am sure there is lots of parallels to find. Every time I sniffed it; I was in the dark listening to synthesizers under a black light. What was always fascinating about looking at things under that was the typical colors had an unusual shade. More vivid seeming as if they were rising from the surface of the poster. Much of what Soul Of My Soul does is similar as it takes some of the deeper notes of perfumery and gives them an alternative spin. 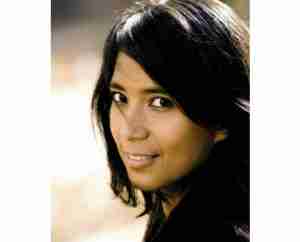 One more thing I must mention is each oil house has a set of top shelf ingredients which are just better. For Givaudan where Mme Shyamala works these are given the name Orpur. All the ingredients in this are Orpur level except for one accord and one synthetic woody. I think this might be the highest level of Orpur ingredients I have encountered. It is one reason I believe there is so much to uncover here.

It begins with a top accord of bergamot, baie rose, and incense. This is where the quality of the Orpur shows. The bergamot carries an extra sparkle while the fruitiness of the baie rose is livelier. The incense swirls in columns of resinous curls around and through them. This is like the opening guitar chords to Yes’ song “Roundabout”. There is a connection of chords plucked in rapid succession. It leads to a heart dominated by the Orpur version of orris. This is a gorgeous version of this ingredient. To make it even more opulent the Orpur version of rose adds depth. These are the synthesizers in response to the opening guitar strains. The accord and the synthetic wood appear now as soft suede and the dry woodiness of Georgywood act like a leather covered piece of polished wood. It ends on a base accord of sandalwood and vanilla. This is not gourmand at all. The vanilla adds in some texture to the dry Australian sandalwood. These are the vocals to bring it all together in a resounding crescendo.

Soul Of My Soul has 14-16 hour longevity and average sillage.

There is such vitality to these deeper ingredients it really makes me see them in a new perspective. Just the way I saw colors under the black light.