One of the changing of the guards as it relates to perfumery took place from the 1980’s into the 1990’s. It was when the era of burly chypres gave way to clean and fresh fragrances. By the time the century turned the takeover was complete as fresh linen and sea spray dominated the scene. Inspired by a Hollywood photo creative director Etienne de Swardt asks if there isn’t a place where they meet in Etat Libre D’Orange Exit the King.

M. de Swardt saw a picture of Rock Hudson shaking hands with Michael Jackson while the latter was working on his “Thriller” video. It was a meeting of then and now icons of their time. When M. de Swardt saw this he got the idea to create something which took the same then and now mentality and translate it to fragrance. He asked perfumers Cecile Matton and Ralf Schwieger to interpret his vision. What comes from this is an oddly compelling juxtaposition of fragrance styles. 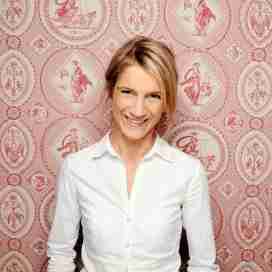 One piece of this was they didn’t go for the clean and fresh of the 90’s. They went for the more recent iteration centered around clean smelling soapy skin. There is a fabulous soap accord at the beginning of this that sets up everything that comes after. 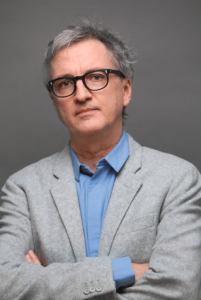 That soap accord is where Exit the King begins. It seems to be a collection of synthetic musks, aldehydes, and floral fractions; I think. I’ve spent a lot of time smelling it trying to pick it apart that’s my best guess. What it smells like is a lathered-up cotton washcloth with the best bar soap you can find. Microscopic bubbles tickle my skin and nose while I am surrounded by the smell of clean soapy skin. This is a marvel of the perfumer’s art of accord building in getting this right. The clever intent continues as a mixture of baie rose and Timur pepper provide just a bit of green contrast to the soap accord. Think of the soap foam having a faint green tint to it. The remainder of the development will be in deepening that until it is nothing but green. That is accomplished in steps as muguet shades it a few degrees deeper before oakmoss and patchouli complete the transition with the classic chypre base duet. The perfumers allow the lighter musks from the soap accord to replace the traditional animalic versions. This is where the interface of clean and chypre come together. I found this to be a mesmerizing experience where I kept wanting to smell it after it all comes together. Sandalwood provides the final piece, but I hardly notice it.

Exit the King has 12-14 hour longevity and average sillage.

I know there are readers who dislike soapy fragrances and might think this is not for them. I would suggest you try it when you have the opportunity. The creative team came up with a way of making the soapiness a virtue rather than a flaw. For those who are fans of this brand this is one of the best perfumes they’ve released because it is so creative. Only M. de Swardt could convince me I wanted a clean and fresh chypre.