It is easy to commend the perfume brands which develop their aesthetic and stick to it. Those are the minority. The majority are made up of brands which never find their identity. This means a perfume with that name on the bottle comes to stand for nothing. Then there comes a moment when it seems like things start to coalesce from the chaos. It’s still a little early to be sure but Ermengilido Zegna Essenze Madras Cardamom might be a further signal this brand is finding its character. 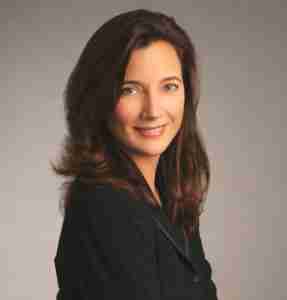 Ermengilido Zegna got into the fragrance game in 2003. They were a trend follower in those early days looking for their own version of the popular styles of the time. After a few years of doing this Estee Lauder assigned one of their best creative directors Trudi Loren to revitalize the brand. It was better but still frustratingly unfocused. There were individual releases which were good without creating a Zegna style of fragrance. There was one collection which showed something approaching a unified perspective; the Essenze Collection.

Launched in 2012 there were sporadic releases which all showed a similar style in highlighting a keynote without becoming soliflore-like. I’m not sure what the reasoning is but Ermengilido Zegna has decided to bring back five of the original Essenze releases along with one new one. That is Madras Cardamom.

Perfumer Marie Salamagne creates a sweet Oriental featuring cardamom which is where the perfume starts. The cardamom is a strong presence. So strong it took me some time to notice the other ingredient in the top accord. That ingredient was a cleverly placed coffee note. Don’t come to Madras Cardamom looking for a rich coffee presence. What Mme Salamagne does with it is to use it as a focusing element of the citrus parts of cardamom. Like pulling a thread I was enjoying the cardamom and started focusing on the citrus character only to find a roasted nuttiness at the end of that thread. It is very subtle which continues into the heart as cedar takes the lead with vetiver playing the same behind the scenes role. This is a green cedar which matches the cardamom. It is very clean. Mme Salamagne uses vanilla to sweeten the final stages.

The work by Ms. Loren, over the last two years especially, maybe portends Ermengilido Zegna has finally found its way out of the woods. If that’s so Madras Cardamom might be remembered for being the fragrance which signaled that.

Disclosure: This review is based on a sample provided by Ermengilido Zegna.