In 1968 when the American movie rating system was introduced there was an adults-only rating, “X”. In those early years it was a badge of honor. It would contain movies as diverse as “Midnight Cowboy”, “A Clockwork Orange”, and “Last Tango in Paris”. All movies which have stood the test of time, created to appeal to adults. For some reason unknown the X-rating was not protected by trademark. It allowed it to be co-opted by the makers of pornography. It first became X but as those movies wanted you to believe they were even more outrageous there was soon “XX” followed soon by “XXX”. I have no idea how we never ended up with “X to the nth power” but they stopped at three. Three “X”’s to mean the most provocative, at least at the beginning. I was thinking about the meaning of triple-X a lot as I wore Eris Parfums Mxxx. 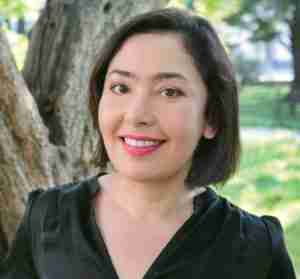 Eris Parfums is the brand of Barbara Herman which she began in 2016. Ms. Herman was one of the early perfume bloggers whose specialty was vintage perfumes. As she made the transition to creative director of her own brand the style of those perfumes was something she wanted to show had not gone out of style. They were perfumes for a more discerning customer who, perhaps, appreciated a different fragrance experience. Something not for everyone. Something for an adult lover of fine perfume. Something like the original meaning of the X-rating. 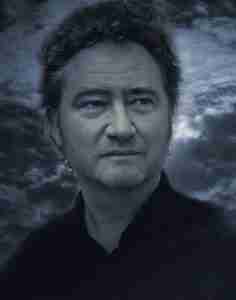 The first three Eris Parfums were a trio of past, present, and future interpretations of this concept. A year later in 2017 Ms. Hermann followed up with Mx. It was a perfume which was designed to be gender fluid not “women’s” or “men’s” fragrance just really good fragrance. It has become my favorite of the first four releases. When I was told there was a limited edition coming called Mxxx. I eagerly awaited my sample.

Ms. Herman continues her collaboration with perfumer Antoine Lie whom she has worked with on the previous four Eris Parfums. In the press release the naming of Mxxx. embraced the extra “x”’s they wanted something a little more carnal without crossing the line into garish carnival. To that end they sourced three new ingredients they wanted to add to the existing structure of Mx. The first is an authentic tincture of ambergris. 95% of the time when you see ambergris listed in a perfume it is synthetic. They worked with an oil house in France that created ambergris tinctures from the real stuff. They also added African Stone. This is the excrement of an animal called a Cape Hyrax. I’ve smelled the unadultered stuff; it smells awful. In the hands of a master perfumer like M. Lie it can be something much different. The third is a single source of Trinidad Cacao which is being used for the first time in this perfume. There was cacao in the original this is something else entirely. I think of each of these as an “x” combining to form the “xxx”.

The opening of Mxxx. is the same as the opening of Mx. for a few moments before the first “x” shows up; Africa Stone. M. Lie uses it to provide the beginning of an animalic depth that is waiting to be deepened later. As the underpinning of the saffron, ginger, olibanum top accord from before it gives it all a slinkier feel like going from linen to silk. The depth is greatly increased as the sandalwood and cedar of the original meet this Trinidad Cacao. This version retains the fattiness of the cocoa butter during its extraction. This is a gorgeous chocolate ingredient which has the dustiness of fine cocoa captured in a sweetly oily matrix. I keep thinking of a fondant that flows when I wear this. The original base of Mx. was plenty animalic with birch tar holding down the base accord. For Mxxx. the birch tar is replaced with the ambergris tincture. It gives that rich foundation for the patchouli, vetiver, benzoin, and castoreum to form an opulent throwback finish.

I’ve probably tortured my analogy enough but Mxxx. captures what I would consider a genuine triple-x effect. It uses unique ingredients which add a sensuality to what was already a great perfume in Mx. For Mxxx. it is an opportunity to embrace a creative team interested in making something for the true perfume aficionado; one “x” at a time.

Disclosure: This review is based on a sample provided by Eris Parfums.