One thing I have missed over the last year are my visits to the mall to torture the sales associates when asking them to define one of their buzzwords. Prior to the pandemic the responses I received when I asked them to tell me what makes a “clean” beauty product were priceless. One way I know a word is all-hype no substance is the people selling it can’t explain it succinctly. They expect the consumer to imprint their belief of what the word means on to it. That way they make a sale without any fuss.

It doesn’t mean there isn’t a concept there. For those trying to make a “clean” product it has more to do with removing some of the ingredients in perfume which are seen as problematic. As a disclaimer, there isn’t any compelling clinical evidence that any of these supposed bad players have a health effect. Cynically it is used as a marketing ploy. Recently I’ve been asked to comment on this “clean” trend. After giving any questioner the same introduction I just gave, I recognized something. I do think there are a precious few brands who are trying to create good perfume within these boundaries. One of them is the brand founded by Bee Shapiro called Ellis Brooklyn. The newest release Ellis Brooklyn Bee is a departure from the previous releases. 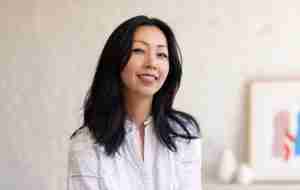 If there is a commonality to fragrance in this space it is they are also part of the transparency trend. That also isn’t on face value a bad thing. I have enjoyed the earlier releases from the brand because they seemingly have an aesthetic, which they are working with despite latching on to trends. When I saw the press release for Bee, I expected this was named after the founder. I didn’t expect them to try a honey perfume. Trying to make that transparent is difficult. When I got the sample it turns out that it is a honey focused fragrance and is a lot less transparent than the other releases. I had to recalibrate my expectations.

That new perspective comes with the first moments as a boozy rum accord and honey present themselves. Given this blind I would never guess this as part of this brand. The early moments are a sweet alcoholic buzz with some presence. If you adore the brand for the transparency you will need to brace yourself for the first phase to settle down. Once it does a well-curated selection of supporting ingredients add to the two central ingredients. The spicy heat of cinnamon fizzes across the rum and honey. A grainy bran absolute adds a wildflower texture to the honey and a distillery vibe to the rum. A dusting of cocoa absolute moves it deeper into chocolate-like gourmand territory. An austere synthetic sandalwood provides the base.

Besides being a few notches less transparent this is also the closest wearing Ellis Brooklyn perfume. I’ve been wearing it as winter just doesn’t want to let spring take over. It was ideal for this shoulder season. It is also an example of how “clean” doesn’t have to equate with cynical it can also be compelling, in the right hands.

Disclosure: this review is based on a sample supplied by Sephora.