There is a conceit of movies and literature that when a pair of star-crossed lovers end up in a hay loft something sexual will happen. Not sure what it is about loose hay which gets the hormones flowing but the look of satisfaction paired with bits of dried grass stuck to their sweaty bodies and hair is a staple. There’s even the euphemism “a roll in the hay” to further the point. It is a funny thing that it took so long for a perfume to go for its own roll in the hay. With the release of Edward Bess La Femme Boheme we have one. 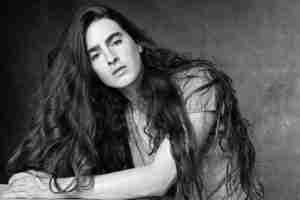 Edward Bess is the precocious originator of his own eponymous makeup and hair line. He started when he was 20. This year he celebrated turning 30 and his tenth year in business by making the expansion in to fragrance. The perfumer he chose to work with for his foray into fragrance is perfumer Carlos Benaim. It could be argued that M. Beniam is the most successful mainstream perfumer ever. He rarely comes over to do a niche perfume. In those rare appearances, he has also taken the opportunity to use the extra budget to make similarly memorable niche fragrances with a populist’s aesthetic. The three perfumes he produced for Mr. Bess are stripped down crowd pleasers. Genre is a perfume where M. Benaim’s leather accord meshes with an austere frankincense on top of furry musks. Spanish Veil takes the toasted sweetness of tonka and amplifies it with the woody sweetness of sandalwood all framed by the cleanliness of guaiac wood. La Femme Boheme is also seemingly equally unembellished but as I wore it I found within the trio of primary notes M. Benaim also had some grace notes hiding underneath which only peeked out later.

La Femme Boheme opens with the hay accord formed by combining amber and honey. The honey takes the hay up a few levels of sweet but the amber counterbalances the overall effect so it doesn’t just become honey. The honey also uses its sometimes less pleasant nature to help add the sense of sweaty bodies amidst the hay. The final piece of M. Benaim’s tryst in the hay loft is a rich indolic jasmine. M. Beniam turns it loose in all of its skanky glory to really represent the physical act itself. The notes aren’t listed but there are times I get a bit of tobacco along with a bit of stale alcohol. I noticed it both days I wore it so I am pretty sure they are really there but it could just be a trick of the indoles playing off of the amber or honey too.

There are so many perfumers to whom Mr. Bess could have turned. I am very happy that Mr. Benaim was the one who brought Mr. Bess’ vision of perfume to life.

Disclosure; This review was based on samples provided by Edward Bess.