Just about ten years ago I joined Michelyn Camen as one of the first writers at a blog called CaFleureBon. The four years I would spend there were like blogging graduate school. Ms. Camen is brilliantly inventive about everything that goes into communicating about perfume. Our first year often felt like we were a fledgling bird learning to fly. We were so happy to reach the end of that first year Ms. Camen wanted to celebrate with a perfume made to recognize that. She turned to independent perfumer Dawn Spencer Hurwitz who produced DSH Perfumes Lautrec under Ms. Camen’s creative direction. Lautrec has been re-released as part of the Heirloom Elixir Series. 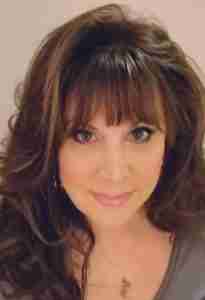 For those who have read CaFleureBon over the past ten years you will know one of the signatures of it is the art direction of Ms. Camen. Working as creative director with Ms. Hurwitz they chose the painting “Woman with Black Boa” by Toulouse-Lautrec. The perfume was meant to evoke the Bohemian scene in France at the end of the 19th century that Toulouse-Lautrec was so pivotal in exposing to the masses through his art. It means it was meant to have a vintage feel to its construction. Where it gets its contemporary twist is the gourmand base which lifts it all towards the end. 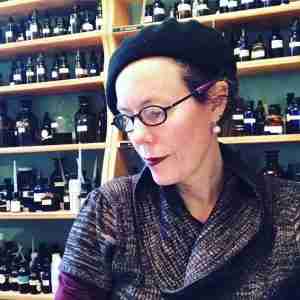 Reacquainting myself with this perfume I smile inwardly at the difference nine years of perspective has added. In my original review I only give a passing thought to the floral fruitiness of orange blossom and passionfruit. In 2020 I take more notice of the interplay between the richness of both. The same boozy keynote which held my fascination prior, absinthe, comes forward again. This time I think I detect a finer hand in the tincture of wormwood used for the absinthe. This version of Lautrec has a more brilliant Green Fairy as the keynote. A gorgeous fulsome floral bouquet of rose, jasmine, and ylang-ylang provide a lively gaiety appropriate to the time period. Then we get this magnificent gourmand shift to chocolate and resins meant to capture the Green Fairy in a cage of fondant surrounded by flowers. It completes a night out in the Moulin Rouge, painting the scene with fragrance.

Lautrec reminds me of artists then and now. Toulouse-Lautrec’s way of bringing the hidden society out to the rest of the world. Ms. Camen’s creation of a place where the art of perfume is comingled with the visual arts. Ms. Hurwitz’s growth as a perfumer into one of the premier artists in all independent perfumery. Together Lautrec is an homage to the memory of artists.