As I’ve looked back over the history of perfume; one of the reasons changes in styles come about is because of societal changes. I’ve written about the change in buying habits as women moved into the workplace during the 1970’s. I am wondering if we are not on the cusp of another change currently. One harbinger of this change came in an article from the information company The NPD Group which gathers data on many different consumer sectors. In a post from earlier this month The NPD Group said that Millennials are now outspending Baby Boomers in the prestige beauty sector for the first time. Furthermore, that younger generation is spending more on fragrance than skincare. Both of these factors are driving the perfume industry to begin to cater to these young fragrance consumers. Already in 2016 I have seen a number of press releases and campaigns with that group in mind, sometimes just flat out saying that. It is interesting because of these perfumes supposedly designed for Millennials I have not detected a common theme. Each company is trying to divine what they want. Dior is no different. Their entrée into the chase for the Millennials is called Poison Girl. 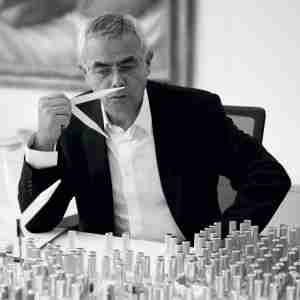 Putting aside the pursuit of the twenty-to-thirtysomethings a perfume called Poison Girl is going to have my attention. The follow-ons to the 1985 Edouard Flechier classic Poison have been uneven but there have been some winners, namely Hypnotic Poison. Perfumer Francois Demachy said in an interview for DiorMag, “For Poison Girl, I wanted a slightly different kind of gourmand. There are flowers at the center of all Dior perfumes, and I thought about a sweet treat from my childhood in Grasse, where rose petals were soaked in sugar. So I tried to capture this sugared rose in perfume, but with that intense, radical Poison composition.” In M. Demachy’s estimation sugary florals is what a Millennial is looking for. He is a man of his word as Poison Girl is accurately described by him. 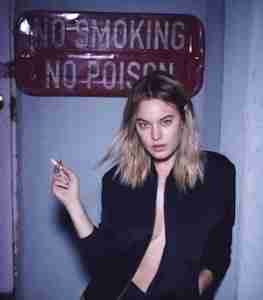 Poison Girl opens on a bitter orange and almond accord. In a sense it is a callback to both Poison and Hypnotic Poison respectively. When anyone, including M. Demachy, is talking about “that intense, radical Poison composition” they are talking about the dense spiced floral heart of the original. The room filling accord that had some restaurants include “No Poison” alone with “No Smoking” in the late 1980’s. For Poison Girl M. Demachy dials down the sillage while retaining the power using both Turkish rose and Rose de Mai. The inherent spiciness of the Turkish rose captures some of the spicy character of original Poison while the Rose de Mai lightens the mood without banishing the shadows entirely. As I wore Poison Girl I definitely felt the connection between the heart accords. Then M. Demachy douses the rose in vanilla and tonka bean. This is where I would have like the rose to have more presence and the sweetness be a little more attenuated. It pushes my personal line of becoming cloying never fully crossing it but it tiptoes right up to my tolerance. A nice sandalwood base is the final piece of Poison Girl.

Poison Girl has 10-12 hour longevity and slightly below average sillage. Hard to believe there is a perfume with Poison in the name which doesn’t leave a vapor trail.

The race is on for what appeals to Millennials and the rest of us who love perfume will be dragged along in their wake as this generation becomes the trendsetters. If I had to choose a style for them to latch on to I think floral gourmands wouldn’t be a bad one to have win the hearts and noses of this group. As a designer perfume goes I think Poison Girl is a solid effort which upholds the name on its label.

Disclosure: This review is based on a sample provided by Dior.