All of the great design houses have their exclusive luxury line of perfumes and certainly Cartier, Chanel, Hermes, and Tom Ford have represented the names on their bottles admirably. Consistent creative direction has ensured this success. For my money there is a designer line which has produced better fragrances over the past five years and it is tied directly to the moment the current creative director took charge. The line I am speaking of is Dior La Collection Privee and the creative director/perfumer is Francois Demachy. The latest release Cuir Cannage is a terrific example of the creativity and vision M. Demachy has brought to Dior fragrances.

In 2009 when M. Demachy took the reins of the La Collection Privee at Dior he immediately produced an impact with Ambre Nuit. One year later he would add seven new La Collection Privee fragrances. All seven of these were excellent and three of them, New Look 1947, Mitzah, and Leather Oud were among the best perfumes of that year. M. Demachy has captured the brand genetics of Dior with this collection as they all carry a sophistication and willingness to challenge a perfume wearer without making it confrontational. This line is Dior’s best kept secret and every Sniffapalooza I take a few people over to experience the line for the first time and I always get the response, “I didn’t know about these.” Over the fifteen fragrances in the line there is something for every perfumista.

Cuir Cannage shows off everything great about the Dior La Collection Privee. M. Demachy wanted to make a modern floral leather fragrance which would evoke the scent of a Dior leather handbag and some of the things you might find in there, particularly the cosmetics. So you get a grouping of floral notes which harmonize delightfully before the leather of the handbag comes forward. M. Demachy wanted to go for a real old-fashioned leather accord and therefore uses healthy amounts of cade and birch tar to construct it. This is what I speak of when saying M. Demachy likes challenging a perfumista. The florals have structural beauty familiar and comforting which are juxtaposed with the leather full of powerful smells and managing to envelop the florals without extinguishing them. It leaves a lifeline for the wearer to grab ahold of and ride the leather rollercoaster in safety. 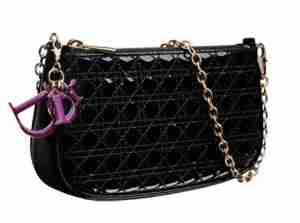 M. Demachy opens with orange blossom in full measure. Orange blossom is the most delicate of the common perfume white flowers. When a perfumer allows it to act more like an indolic white flower and less like a pretty accessory is when I am happiest. M. Demachy allows the orange blossom to stand alone throughout the early moments. He then lets jasmine form an indole-heavy duet with the orange blossom. Rose and ylang-ylang form a complementary higher pitched floral pair. Together they create a full octave of floralcy. Then in thick viscous bubbles the birch tar picks up the indoles and the cade adds texture and intensity. In what seems like a moment it all forms a classic heavy leather accord as the desired new handbag springs to life. The floral notes are all still there but they are now enclosed in the metaphorical purse.

Cuir Cannage has 12-14 hour longevity and above average sillage.

Cuir Cannage feels like a modern re-telling of the classic leather fragrances of the early 20th century. It is an unusual move because most modern leathers go for the lighter more refined accord. M. Demachy reaches back and creates an accord which reminds you this is the hide of a living thing no matter how refined. I am delighted that M. Demachy is making fragrances with an artistic viewpoint unmatched by few others at the big houses. Cuir Cannage is one of my very favorite new fragrances of this year.

Disclosure: This review was based on a sample provided by Dior and a sample purchased from Surrender to Chance.