One of the most ancient forms of personal fragrance were the attars. Going as far back as the Egyptians it is in India where this style of fragrance was refined. In a clay pot rose petals were distilled directly into a receiver of sandalwood oil. This creates a richly opulent version of the flower being distilled. I’ve spent some time sourcing authentic attars from the Middle East and India in precious small vials containing some of my favorite simple scents. Some of the best versions are jasmine and oud or saffron and sandalwood. That is an attar; simple combination of two components floral and wood oil. There have been several attempts to transfer this process to a modern perfume by following this two-ingredient formula. What if a modern perfumer decided to go in the opposite direction? Not one flower but many flowers? Not just sandalwood but oud too? What about adding in a modern twist of musk? Then you get D.S. & Durga D.S. 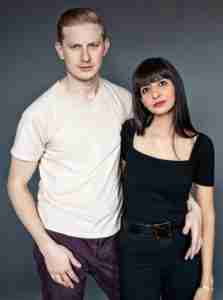 I was fortunate to have the founders of D.S. & Durga in my neck of the woods on the weekend they released D.S. Kavi and David Seth Moltz have nurtured their brand to the point they have opened a stand alone store down in the part of Soho in New York City I call the “Perfume District”. D.S. is the perfume to celebrate that milestone as well as the counterpart to Durga; released two years ago. I had the chance to chat with Mr. Moltz as I was taking my first sniff of D.S. Just as I was forming the question, he beat me to it saying he was inspired by attars. The difference here is by broadening the amount of ingredients he has made an attar which develops instead of being linear. It is striking for that alone. Mr. Moltz has assembled a roster of traditional attar ingredients which swirl in lushly complex patterns.

What comes first is a combination of gardenia and lotus. The lotus adds a thread of watery floral up against the densely layered scent of gardenia. The sandalwood is here to hold the florals in place. What is my favorite transition in D.S. takes place next as saffron and a judiciously chosen amount of oud insert them selves into the previous ingredients. Saffron when used in a high-quality form glows in deep waves like the finest 24K gold. That it comes on the shoulders of slightly dirty oud provides the kind of contrast which I find compelling. Frangipani and vetiver round out the floral and woody list of notes. Once they are all in place Mr. Moltz has one final addition; musk ambrette. It gives a sparkle to the entire construct. From here D.S. is like a slowly moving olfactory mobile as the ingredients swing into view only to find themselves in the background minutes later. It is a fantastic effect.

Sometimes when you’re inspired by the past you must have the courage to grab the future. Mr. Moltz has taken an ancient form of fragrance through the lens of modern independent perfumery. D.S. & Durga D.S. is a contemporary attar as well as the best perfume, to date, from D.S. & Durga.

Editor's Note: Even though I am calling this a "contemporary attar" and it is inspired by attars it is an eau de parfum.