One of the things which makes each new independent perfumer interesting is how they will approach a fragrance which will have their name on it. When it is a modern artist who is branching out I look to their art and see if it somehow appears in their perfume. Brooklyn artist Parid Cefa created Couteau de Poche Fumabat in a way that hews true to his contemporary aesthetic by using a vintage ingredient.

When I read about this perfume prior to ordering a sample the three notes listed in the top of green tea, mint, and galbanum almost made me not add it to my order. Mint is a tricky ingredient for trained perfumers to get right. I was skeptical a neophyte would use mint absolute appropriately. It turns out the entire note list was something which didn’t necessarily appear. Mr. Cefa turned Fumabat into a very green perfume with moss as its keynote. 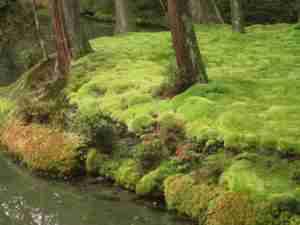 One of the things which I like about moss when it is given a chance to be out front is it has a sharp quality. This is where Mr. Cefa begins as the moss interacts with galbanum. This forms an accord befitting a brand which translates to “pocket knife”. I detected no tea or mint just the galbanum and moss. Pine comes along to add a different shade of green before carnation adds a slightly powdery veneer. There is a point about an hour in where this smells like a luxurious moss-scented hand-milled soap. It eventually transitions into a base where vetiver provides a fuller green tinged with subtle smoky accents. Leather and patchouli provide the foundation from which all of this sits on top of.

This is a perfume for those who enjoy their scents green. It also carries a vintage style to it because of the amount of oak moss which is present. It was such an important ingredient of those bygone fragrances that experiencing it in this concentration can’t help but make it feel older. By using the moss as the axis of Fumabat Mr. Cefa does make something modern out of something old.