There are times when I receive the press materials accompanying new samples and it is hard for me not to laugh. The more magical the claims around a perfume in the text; I have usually found a lack of inspiration in the perfume itself. One brand which has particularly made me giggle has been the ongoing collection of perfumes from the brand Coolife inspired by the chakras called The Seven. The creative directors and founders Carole Beaupre and Pauline Rochas are immersed in the idea of perfume as pixie dust. I have been openly skeptical of these perfumes to perform to that level. The first three releases were perfectly decent perfumes composed by perfumer Patricia Choux. The only emotion it aroused for me was indifference. I received the fourth release, Le Quatrieme Parfum, and guess what? This time I did go along with the mysticism attached. 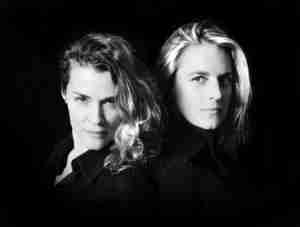 Le Quatrieme Parfum is meant to represent the root chakra, our foundation and of feeling grounded. Perfumer Yann Vasnier was tasked with making the perfume which would form this sense of being. I found Le Quatrieme Parfum to be a tremendously relaxing perfume to wear. It reminded me of putting on a well-worn denim jacket; broken in just right. It felt like something easy which also imparted depth along with familiarity. M. Vasnier has assembled a coterie of warm, golden, glowing notes to achieve this.

When it comes to being grounded a shot of rum is probably not high up on the list of things to try. For the perfume which seeks to ground oneself it turns out a shot of rum works quite nicely. Especially when M. Vasnier traps it within a matrix of golden viscous honey. The honey never threatens to tilt over to its less desirable scent profile. In conjunction with the rum it stays sweetly boozy before moving into the heart. Waiting there is a rich narcotic dried tobacco leaf for it to rest upon. The inherent sweetness of the tobacco intertwines with the honey and leaves the rum behind. It elicits a sweeter shade of tobacco. Then comes the part where my fanciful imagination takes over, and probably my upbringing in Little Havana in S. Florida. I imagine this fragrant tobacco leaf being loaded with myrrh soaked patchouli and being rolled into a perfumed cigar. As all of those notes are in play in the next phase of the development. This is where Le Quatrieme Parfum lingers for hours on my skin. It languorously allows a beautiful balsamic note to eventually arise which almost acts as a figurative cigar box for my imaginary stogie.

Like the other Coolife perfumes there is nothing terribly original about the ideas M. Vasnier has used. Unlike the other Coolife perfumes this time Le Quatrieme Parfum did ground me, allowing me to find an inner harmony. I wore it on a very hectic day and every time I caught a puff of my imaginary cigar it did have a centering effect. I found Le Quatrieme Parfum allowed me to get to the root of things.