I have been very fortunate to have a tenuous connection to the New York fashion world. It gave me the opportunity to see the creative process from sketch to runway. It is among one of the most interesting things I have participated in. Early on I was allowed to stand on the sidelines during a photo shoot. In those pre-digital photography days the photographer would use a Polaroid camera to take many test shots before committing it to expensive film. When I say many I mean the whole room filled up with the smell of the self-developer from the amount of photos being taken. That smell is one of those odd industrial smells which has a weird pleasant quality. It never doesn’t smell like a chemical soup but it also has an undefinable sweetness, too. The other thing the room filled up with was cigarette smoke as the photographer would puff, shoot, pull the Polaroid out, shake it in the air and repeat. This is where the perfume Comme des Garcons x Vogue 125 begins. 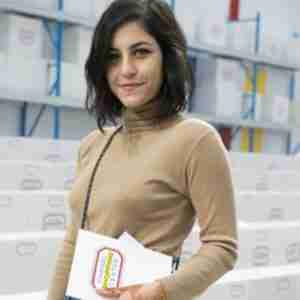 Vogue’s Beauty Director Celia Ellenberg would team with Comme des Garcons creative director Christian Astuguevieille to bring Vogue 125 to life. They wanted to nod back to founder Conde Nast by using lily of the valley which was his favorite flower. I have to believe that it was M. Astuguevieille who presented the Polaroid accord to the Vogue creative team for their approval. This is a perfect example of why Comme des Garcons remains an innovator within niche perfumery. They find things which are aggressively synthetic and find the sweet spot where beauty can be found within the industrial. 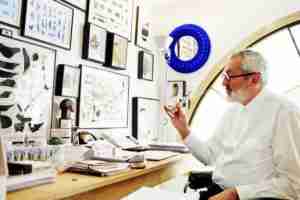 Vogue 125 opens with the Polaroid and cigarettes combination. The tobacco comes from the synthetic ingredient acetyl furan. This is very smart, as using a more natural tobacco source wouldn’t have resonated against the synthetic instant film accord as well. This is the smell of the fashion magazine business and I think there will be some who will be pushed away especially on a strip where it is particularly sharp. For those attracted to Vogue on the bottle it might be very unusual. To those who have loved when Comme des Garcons has plumbed these kind of accords in the past this is as good as any of those. I loved this opening the same way I pressed mimeographed sheets to my nose when I was in elementary school. For those who stick around the lily of the valley returns to more traditional perfume territory. This is a soft, slightly powdery version of the ingredient. One last bit of the industrial is added here with an ink note providing an acerbic retort to the lily of the valley. This is nuanced and not nearly as prominent as the top accord. It finishes on a soft leather accord mixed with some woody notes.

Disclosure: This review was based on a sample from Comme des Garcons.